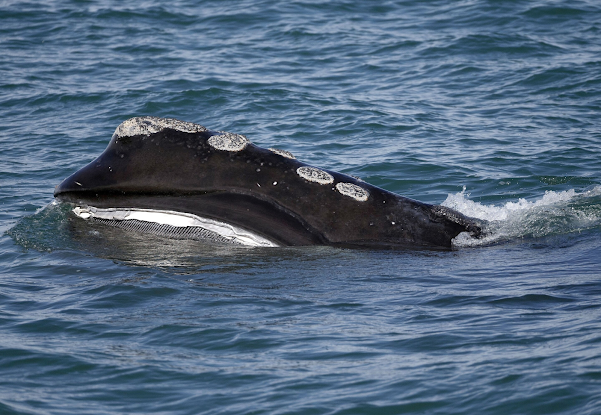 In an article posted by ABC News, a team of scientists led by researchers at the New England Aquarium in Boston studied critically endangered North Atlantic right whales. The scientists analyzed decades of data about the whales and found that they had more success tracking the animals’ survival, growth rates, and life histories when they had access to genetic samples. The results of this study were published in Mammalian Biology.

The scientists focused on 13 right whale calves identified via genetics and were able to determine the ages of 12 of the whales and match 11 with their mothers. They even found that four believed to be dead were actually still alive. Right whales have been historically tracked using photo ID. According to Philip Hamilton, the senior scientist at the aquarium, the photographic archive is still important but it is even more helpful when used alongside genetic data.

Right whales were once abundant off the East Coast but their populations were decimated during the commercial whaling era. The whales are now vulnerable to ship strikes and entanglement in fishing gear. Climate change is also a new danger that has been forcing whales to flee coastal areas in search of food, which puts them at risk to the other dangers previously mentioned.

A greater reliance on genetic data can help fill in the gaps about these whales. Relying on genetics in addition to photo or acoustic data adds another layer of complexity that can help scientists further understand this very endangered and complex species. The researchers learned that it’s possible for mother right whales to be seen without their calves in feeding grounds for short periods. Previously, calves were assumed to be dead if their mothers were alone on feeding grounds during the birth year, according to the study.

Samples used in the biopsy were sent to Saint Mary’s University in Halifax, Nova Scotia, for genetic analysis. According to Timothy Fraiser, a biology professor at the university who was involved in the research, integrating the genetic samples with field research yields data that is more comprehensive than the sum of its parts. This leads to a much richer understanding of right whales than either approach could provide on its own.

Posted by Emily Zembricki at 11:51 PM