Is Parkinson's disease passed on through genetics?


Parkinson's disease is a condition that affects the brain, specifically the areas that contribute to controlling movement and balance. It involves tremors and muscle rigidity when worsening neurological changes. It can even increase depression and dementia. While the exact cause of the disease is unknown, it is known that genetics affects the development of the disease. They also have discovered how mutations in some genes can be passed down through generations and may lead to an increased risk of Parkinson's disease.
Some genes appear to influence the ability of the brain to break down proteins that are present in neurons where dopamine is produced, and Parkinson's disease causes a decrease of dopamine in the brain. According to the National Human Genome Research Institute, genes that are associated with Parkinson's disease include: SNCA (PARK1), UCHL1 (PARK5), LRRK2 (PARK8), and PARK3. There are also recessive genes that cause an increased risk of Parkinson's disease. There genes include: PARK2 (PARK2), PARK7 (PARK7), PINK1 (PARK6), DJ-1, and Parkin. If someone wishes they can talk to a doctor or genetic counselor about genetic testing and if it is a good choice for them is the disease runs in the family. Genetic testing exists for the PINK1, PARK7, SNCA, and LRRK genes, which may influence Parkinson's disease. 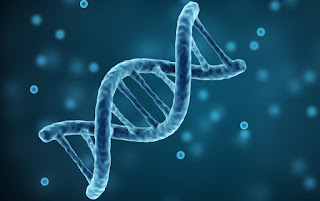 Some common risk factors of Parkinson's Disease are age, usually occurs in people 50 or older, being male, family history, if it runs in the family or they have the gene, history of exposure to toxins, and history of head trauma. Some early signs of the disease are as follows: problems with balance, lack of arm swing when walking, problems creating facial expressions, speech problems such as slurring words, and unexplained muscle stiffness.
As of now doctors have no prevention for Parkinson's disease. However some studies have shown that exercise can reduce the affects of it. As for the outlook of the disease, one study showed that the presence of one of the six known gene mutations is detected in only 3 to 5 percent of people who develop Parkinson's disease without a family history. Therefore there are many other factors that may contribute to its development.
In my opinion, having the resources to even contribute to genetic testing makes researchers a step closer to hopefully finding a prevention for the disease. Since they know what the risk factors are, early symptoms, and the dominant and recessive genes associated with the disease they can now work on fixing the mutations in the genes that cause Parkinson's. Many people suffer from it and it is hard watching someone and for the person themselves to lose control over their own body. It is also painful for them. Hopefully these discoveries can bring science a step closer to finding out more about curing the disease and or stopping the development.