Is Gene Therapy the New Treatment for Pancreatic Cancer? 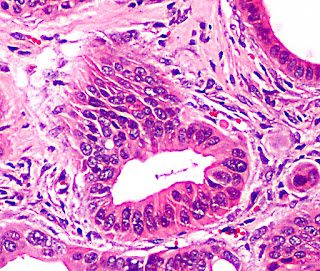 In August of 2017, Dr. Stephan Grupp, who is the director of cancer immunotherapy, at the Children’s Hospital of Philadelphia, announced a new treatment under research for leukemia. This treatment is called Kymriah, and its goal is to give patients who have undergone a relapse of leukemia, specifically B-cell acute lymphoblastic leukemia, a second chance at survival. Instead of undergoing additional radiation, chemotheraphy, or other forms of treatment, Kymriah focuses on gene therapy. This form of treatment modifies a patient’s own immune cells; the cells get sent to a lab and are genetically modified using chimeric antigen receptor T cell therapy. CAR-T’s aim is to give a patient’s cells the ability to detect and kill cancer cells. This is incredibly interesting, because a patient's own genes are modified and have the capability to save their own lives. Of those involved in the clinical trial, those among children and teenagers had a very successful reaction to the form of treatment. Almost 90% of patients undergoing the use of Kymriah survived the following six months, and nearly 80% of those patients survived the following year. This set of treatment is currently seeking approval for July of 2018, and may revolutionize the treatment of blood cancer.
https://www.cnn.com/2017/08/30/health/fda-first-gene-therapy-leukemia/index.html
https://3c1703fe8d.site.internapcdn.net/newman/gfx/news/hires/2013/1-pluripotentc.jpg
Posted by Morgensternk at 10:59 AM