Bipolar disorder affects approximately 1-3% of Americans, causing intense mood swings that are very disruptive to the individual.  Recent studies show that variations in two different genes, CACNA1C and CACNB2, are significantly associated with psychiatric conditions such as bipolar disorder, schizophrenia, and major depression.  The CACNA1C gene is known to impact brain function involved in emotion, attention, thinking, and memory.

Scientists can analyze which genes travel with or segregate with bipolar disorder by a mechanism called exome sequencing.  The trial involves examining the genomes of the individual with bipolar disorder as well as their family members.  In this particular study, researchers found 84 genetic variants that were previously linked to schizophrenia and autism.  Those genetic variants were also considered to be destructive to the gene that is responsible for coding. 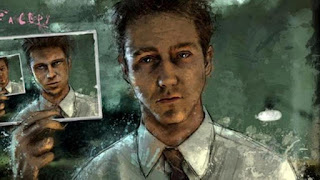 It makes perfect sense that psychiatric conditions such as schizophrenia, bipolar disorder, autism, and major depression have similar genes in common.  All of those disorders have similarities in terms of affecting the way we think and feel.  I hope to see more progress in detecting genes responsible for certain psychiatric illnesses in the near future.
Posted by Unknown at 10:39 PM