Rat Species Has No Y Chromosome! 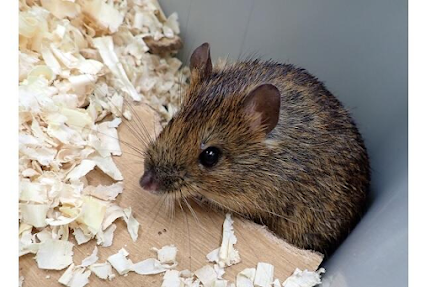 A team of researchers at Hokkaido University in Japan has figured out how a species of rat is able to survive and reproduce despite not having a Y chromosome. The rat species they studied was the Amami spiny rat (Tokudaia osimensis), a rodent native to the island of Amami Ōshima in southern Japan. The species, also called the Ryukyu spiny rat, is unique in that males do not have a Y chromosome and females only have one X chromosome as well. Previous attempts to study the rat have not been able to reveal how males are able to develop within the population with no Y chromosome. Typically in mammals, a gene on the Y chromosome called SRY tells the organism's body to express male genes like the SOX9 gene for testes. Not having the Y chromosome scientists were stumped at how males could develop. Lead researcher, Asato Kuroiwa, and her colleagues at Hokkaido have now discovered the answer! The secret was looking at the autosomes, non-sex chromosomes, in the rat. On chromosome 3 they found that one copy had a duplicated region next to the SOX9 gene. The duplication increases the activity of the SOX9 gene and it is able to code for testes. This duplicated region effectively replaces the SRY gene on the Y chromosome and explains how males of this species are formed. If a rat has the duplication region it acts as a proto-Y and the rat will be a male, and if the duplication region is absent, it acts as a proto-X and the rat will be a female. Further work to explore this is limited as the rat is an endangered species but the research so far has shown an amazing trait inherited by this rat population. The researchers predict the trait appeared about 2 million years ago when the Amami spiny rats diverged from their ancestors with a Y chromosome. Kuroiwa believes that a mixed population existed initially on the island but then a natural disaster like flooding or rising seas left mostly rats without the Y chromosome and over time the rats reproduced and evolved into a new species with this trait.

Personally, this was my favorite article to read so far about genetics. I find it incredible that a species can exist without a Y chromosome and that another chromosome was able to replace its function to make males. This is a really interesting example of population evolution, genetic drift, and speciation. I hope that these rats can be studied more to learn about this unique and interesting trait.

Posted by Forrest Jennings at 4:14 PM