Thousands of new Viruses Discovered in the Ocean 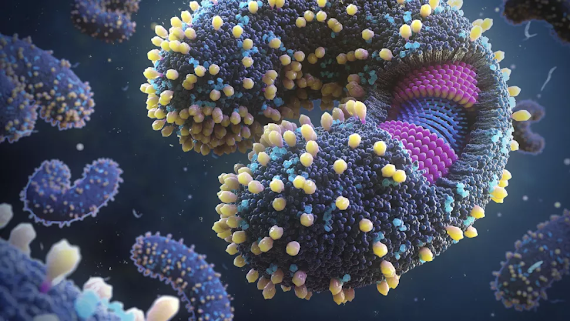 In an article published by Live Science, a new study identified more than 5,000 new virus species in the world’s oceans. The researchers in this study analyzed tens of thousands of water samples from around the globe, hunting for RNA viruses. These viruses are understudied compared with DNA viruses, which use DNA as their genetic material, according to the authors.

The diversity of the newly-discovered viruses was so great that reachers proposed doubling the number of taxonomic groups needed to classify these viruses from the existing five phyla to 10 phyla. As stated by Matthew Sullivan, a professor of microbiology at The Ohio State University, the discovery of an entirely new phylum, Taraviricota, in nearly all of the world’s oceans suggests that they’re ecologically important.

Studies of RNA viruses usually just focused on those that cause diseases, according to Sullivan, however, these make up a very small percentage of all RNA viruses on Earth. For the study, the researchers analyzed 35,000 water samples taken from 121 locations in all five of the world’s oceans. The examined genetic sequences were extracted from plankton, which are common hosts for RNA viruses. They homed in on sequences belonging to RNA viruses by looking for an ancient gene called RdRp, which is found in all RNA viruses but is absent from other viruses and cells. Over 44,000 sequences were identified with this gene.

The RdRp gene is billions of years old and has thus evolved many times. Because the gene’s evolution goes so far back, it was difficult for researchers to determine the evolutionary relationship between the sequences. So the researchers used machine learning to help organize them.

Overall, 5,500 new RNA virus species were identified that fell into the five existing phyla as well as the five newly proposed phyla, which were named Taraviricota, Pomiviricota, Paraxenovirivota, Wamoviricota, and Arctiviricota. Virus species in the Taraviricota phylum appeared to be absent from temperate and tropical waters while viruses in the Arctiviricota phylum are abundant in the Arctic Ocean, according to the researchers.

Understanding how the RdRp gene diverged over time could lead to a better understanding of how early life evolved on Earth.

Posted by Emily Zembricki at 11:55 PM