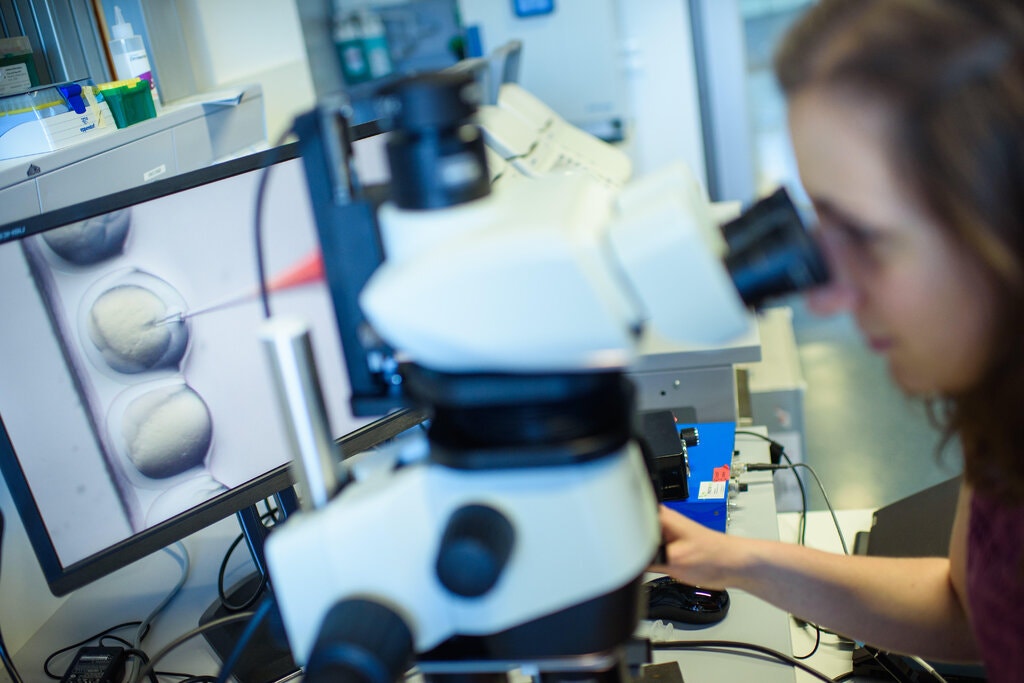 This article brings up a crucial point in researching Crispr-Cas9: "We often hear about the successes, and not the failures". This article explains how in a study that was conducted, Crispr-Cas9 was used to extract the mutation of interest and fix the remaining DNA strand. However, the cell was unable to repair itself the way it was intended and cut out and left out crucial chromosomal DNA. This discovery that Crispr-Cas9 had this effect on manipulating human embryos raises a lot of concern. It continues to urge scientists that being able to use Crispr-Cas9 to alter embryos is far away. Scientists need to take their time in order to fully understand the abilities and defects of Crispr-Cas9 . While there are some scientists that believe that this may not have been a "deletion" but rather a "mutation" it still raises large concern due to the fact that it seems to be an unpredictable outcome at this point. Research on the effectiveness of Crispr-Cas9 is ongoing and scientists believe that it will be a while before we can fully understand its capabilities.

Crispr-Cas9 has been a hot topic in the science community and often raises concern. While most people believe that it can be used now for specific treatments, I believe that as scientists we should still err on the side of caution when it comes to manipulating the human genome. While there are very specific treatments that are available where it has a high success rate, we still do not know everything that Crispr-Cas9 has to offer and the effect it may have long term. In this article, it allows people to see that while Crispr-Cas9 can be successful, it can also do permanent and fatal damage. Large deletions or mutations in chromosomal DNA can lead to life threatening alterations and possibly embryonic death. While Crispr-Cas9 is amazing technology, "we have to learn how to walk before we can run".

Articles: NYT Article and Journal including the study