Nanoparticles Can Turn Off Genes In Bone Marrow Cells 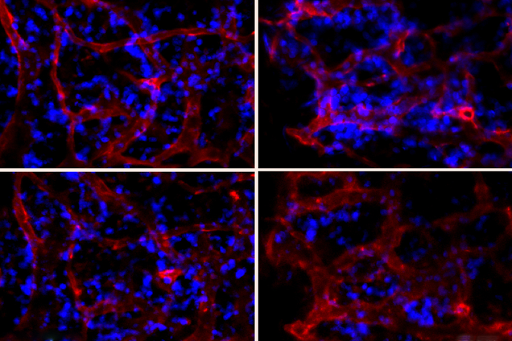 MIT engineers discovered a way to turn off genes in bone marrow cells. This new discovery can help treat heart disease, which is a huge killer in America, as well as produce more stem cells in patients. Researchers did a study with mice in which they turned off these genes and inhibited the blood cells in bone marrow that produce inflammation as well as aid heart disease. The results showed that the mice were able to recovery easier from a heart attack given this technique. If this can work for tiny mice, imagine the effect it would have on humans especially in America where many people die every day from heart disease. Scientists begin a technique called RNA Interference in which they bring short strands of RNA to block the genes from being turned on that would promote the inflammation. These nanoparticles are able to target the diseased cells and the scientists are able to apply gene therapy. SDF1 is a gene that doesn't allow the blood cells to leave the bone marrow, and MCP1 is a gene that is released from bone marrow after a heart attack. By knocking down SDF1 with the use of nanoparticles, we are able to produce more stem cells which would help so many people. MCP1 delivers immune cells to the heart and aid with the progression of heart disease, by turning off this gene, we are able to improve heart disease. Another study with mice tested and the results came back to same. Overall, this is a great discovery that can help millions and I am so excited for what new discoveries on this topic come in the future.