Anorexia nervosa is an eating disorder that is identified by an extremely low body mass index, an unwillingness to eat, and distorted body images. Most people with anorexia nervosa view themselves as overweight when in reality they are extremely underweight. This disorder affects about 0.5-3.7 percent of women in America. 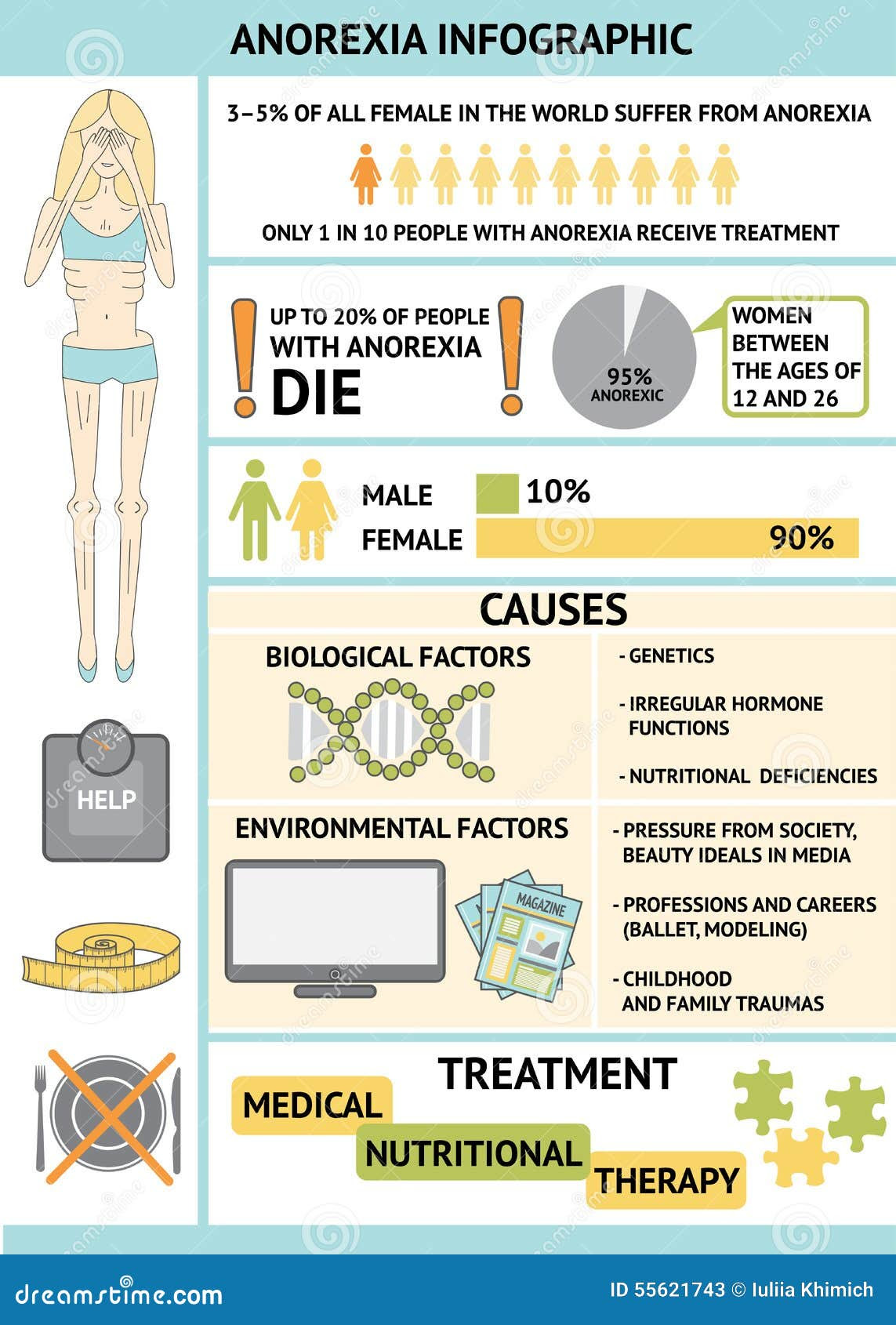 With anorexia nervosa being a non-substance abuse psychiatric disorder with the highest mortality rate, there is a lot of stigma around it. A large number of parents of anorexia nervosa patients express their concern for their children or they try to help them as much as possible. Because of these concerned parents, Cynthia Bulik, a professor of eating disorders from the University of North Carolina put together a research team and discovered that eating disorders are heritable. With her research team, she studied identical and fraternal twins and discovered that it has a 50 to 60 percent heritability. Further research was done by Bulik and her team also suggested that there are eight genetic variants that are associated with anorexia. This research was done with tens of thousands of people and the genetic variants found may increase vulnerability to the illness. This research has not found out exactly how these genetic variants contribute to the increase in vulnerability to anorexia but they may be linked to metabolic problems.

I thought this article was interesting because of how psychiatric disorders are linked to genetics. It was interesting to see how recent research has been revolutionizing the potential causes of psychiatric problems. I look forward to more research done on this subject in terms of treating these disorders not just as psychological or psychiatric.
Posted by Michelle Villamil at 2:52 PM