Gene editing with CRISPR to stop disease before birth


Recently researchers have edited genes with CRISPR technology to prevent lethal lung disease. Scientists are able to do this by inserting CRISPR reagents into the amniotic fluid while the fetus is still developing. The gene editors were introduced four days before mice gave birth and a change in the airway. After doing this there is much to be discovered but they were able to save 22 percent of the animals from this disease. It's proven that there gene editing worked because otherwise the mice would've died within 24 hours. 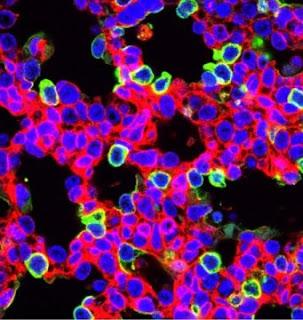 More research will be done to see how effective the treatment is in the trial phase. However, I can't help but think about how groundbreaking that would be in order to prevent diseases in people before they actually happen. This research isn't the first of it's kind though and actually started with working on liver disease which can also kill in a relatively quick amount of time. I think that also looking into pancreatic cancer or other cancers would also be influential in there research because of the large effect it has on the human population. Maybe someday we'll be able to edit out all of the diseases out of a person's genome using advanced technology like CRISPR.
Posted by logan at 9:19 PM