A recent article published in "Medical News Today" claims that insomnia may run in the family. According to the article, a person's genetics have a strong influence over whether or not they will suffer from insomnia. A 2015 study conducted on both identical and nonidentical twins at VCU discovered that, usually, if one twin has insomnia, the other twin is more likely to suffer from insomnia as well. Because identical twins share the same DNA, this suggests that there likely is one or more genes that cause or can be linked to insomnia. With this information, the next step has become identifying what specific genes have a correlation with insomnia. Multiple studies have been able to isolate a few of the genes that lead to insomnia. The data also suggests that there are genes that are exclusive to men and women that can affect one's sleep habits. One large study of the genome of over one million insomniacs has found about 956 genes across 202 locations on various chromosomes that possess some kind of link to insomnia, while a second, smaller study found 57 locations. Most of these genes affect the development of various parts of the brain associated with processing external stimuli. This may be contributing to the restlessness associated to the inability to fall asleep. However, this article also clarifies that genetics alone does not lead to insomnia, as stress levels and different lifestyles can contribute toward insomnia as well.

I found the relationship between genetics and insomnia somewhat surprising. In the past, I thought of insomnia as a symptom rather than a disorder. I thought that if you had one night where you could not fall asleep, than that night you suffered from insomnia. I did not view insomnia as a persistent disorder or disease, which it technically is. While insomnia can be broken down into acute or chronic, I believe the fact that it can be genetic makes me view insomnia more as a disease. Despite the fact that treatments such as sleeping pills already exist, I believe that this increased knowledge about insomnia and how it can be caused will lead to better, healthier solutions to the long, sleepless nights that many humans find themselves afflicted with. 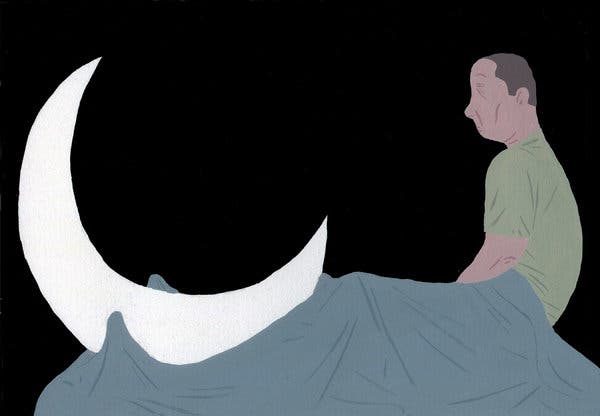