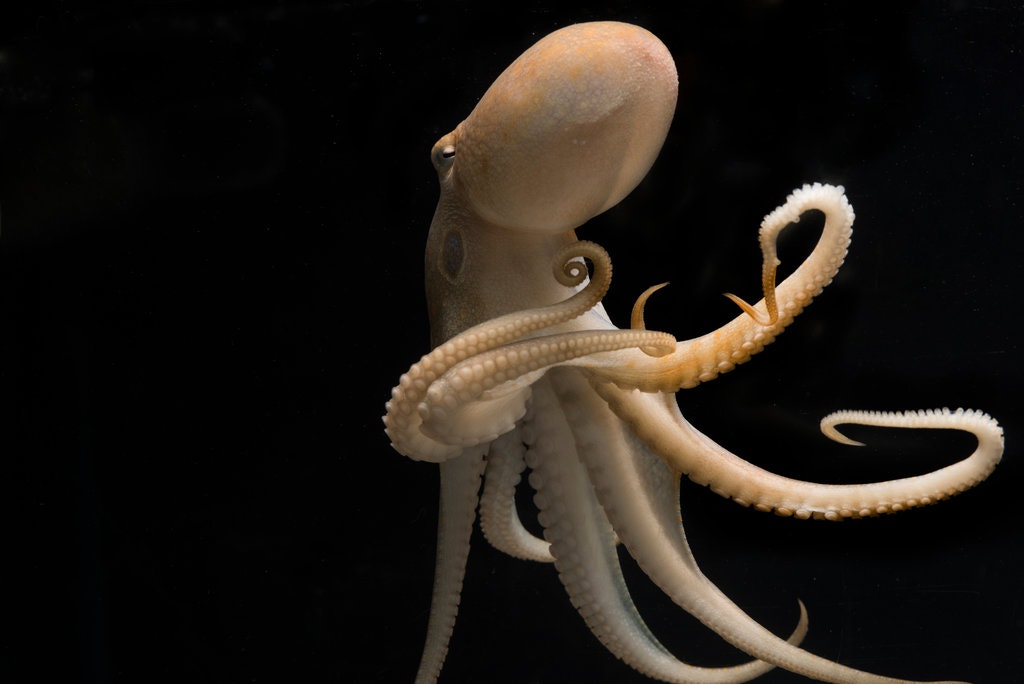 According to a study from NY times, Coleoid cephalopods are the most intelligent invertebrates for their behavioral complexity through RNA editing. Coleoid cephalopods is a group compassing octopus, squids, and cuttlefish. Research has revealed that natural selection favored the RNA editing of the coleoids and slowed the DNA-based evolution that helped the organisms to have beneficial adaptations over time. The enzymes of these cephalopods swap out some of the letters (ACGU) of RNA encoding and produced modified RNA which creates proteins that weren't originally encoded in the DNA sequences. The coleoid genes share tens of thousands of these RNA editing sites which markably contained DNA mutations that leads to the source of new traits for adaptation of the organisms. Additionally, the RNA editing allows the invertebrates to swiftly manipulate their nervous system and to have dynamic control over proteins based on different environmental conditions or tasks. In octopus, RNA editing aids to quickly adapt to the changes in temperature.

I find it very interesting how the swapping of the RNA encoding letters in the coleoid genes creates DNA mutations which leads to advantageous traits for the organisms for adaptation. It is amazing how mutations in these invertebrates can be beneficial while in humans it can cause major defects.
Posted by Farin Rahman at 3:50 PM