Could we use gene mutations to treat diabetes and heart disease? 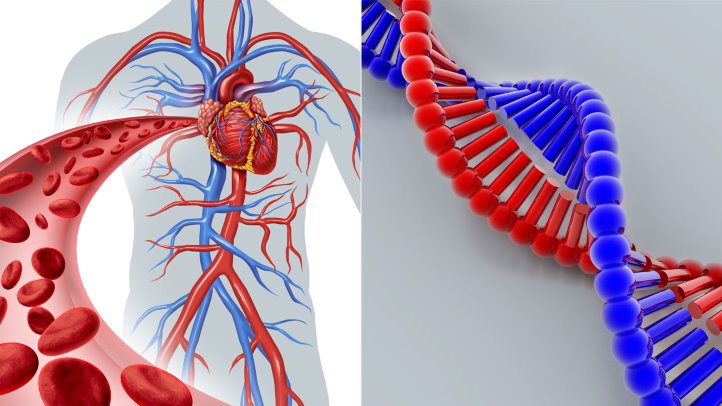 A recent study has brought to light a link between mutations of three genes that control cholesterol and can possibly lower the risk of cardiovascular problems and type 2 diabetes. This study, conducted  at the Stanford University School of Medicine and Veteran Affairs Palo Alto Health Care System, linked this genetic information on about 300,000 veterans. The study focused on how the three gene variants/ mutations were linked to positive effects rather than how they damaged the body. If the veterans carried the following genes: ANGPTL4 for type 2 diabetes, PDE3B for coronary heart disease, and PCSK9 for abdominal aortic aneurism then they on average had better levels of blood cholesterol. Also depending on the gene in which they carry they had less of a risk of developing the disease correlated with that gene. With this information they hope for the creation of drugs that will mimic the effects of these gene variants.

The mutation that Stanford is most closely looking at is PDE3B, because a drug is circling the market already called Cilostazol. They hope that this drug can be a strong contender to treat heart disease. Researchers pooled 297,626 veterans and collected their cholesterol to look for the variant that played a role. The study told of 188 previously known genetic markers and 118 new ones. PDE3B was found in the study to lower triglycerides, raise HDLs and lower heart disease by 20%. Cilostazol is thought to have the same effect, but it has not been proven. I think that once a large trial has been conducted with this drug or another one that has the same genetic makeup it should be on the market. Being able to lower bad cholesterol, diabetes and heart disease (the number one killer in America) would be a huge breakthrough in medicine.
Posted by Jenna Dizinno at 10:46 AM