The Genetics of Depression Are Different for Men and Women 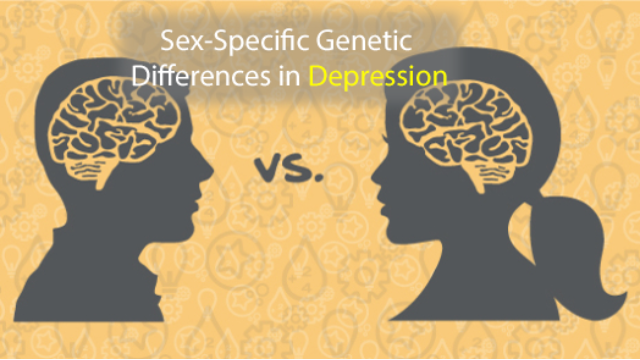 An important factor in getting depression is our genetic makeup, and our sex, as it turns out, is a factor in how these genes are expressed. And the molecular structure in men and women differ which can result in a difference in depression. So if men and women do have a difference in depression, it could potentially mean that they need different treatments. In women, studies found that genes that affected synapse function were expressed more than in men. In men, those genes showed a decrease in expression. Researchers also found differences in other genes, and whether they were expressed in men or in women. It was found that women are affected by Major Depressive Order almost twice as much as men are, yet many studies only examine men who are affected and don't take into account the differences between men and women. This research could potentially change how depression is looked at and treated. Depression is already a complex disease that has yet to have a solid understanding, so this research could help people in the field gain a better understanding in order to treat those who have it accurately.

I thought this article was a good starting point for people to understand that men and women have differences in gene expression and how that affects depression. Depression is a major problem that isn't taken seriously, especially in women. To finally see there being research done to understand the differences in gene expression of genes that affect depression, is important for effective treatment.