Genetics can turn blood sucking mosquitoes into the flower lovers


There is a species of mosquito called Wyeomyia smithii that most of the bug consume nectar rather than blood. This species is located near bogs in North American. Interestingly enough the population in Florida in split, one half consumes nectar the other half consumes blood. In this study, when a genetic test was performed on the insects pre-meal there was distinctive differences in the genome that would favor one diet over the other. The mosquitos that eat blood had more genes involving sensing odor and fewer genes involved in light sensitivity. Bugs who find blood meals would need a higher detectability of odors whereas the nectar consuming plants would rely more on their vision. Also in the blood eating mosquitos, there are a number of genes that are associated with digestion of proteins. Researchers suppose that consuming nectar has more evolutionary advantages compared to eating blood. For blood meals, the bugs might be swat, blood triggers a sluggishness in the mosquito that slows their reaction times to predators, and blood may contain agents that are toxic to the bug. Researchers are now looking into figuring out how to trigger the genetic changes from blood eat to nectar eater to induce this change in mosquitoes that carry blood borne pathogens. I found this article interesting because I never knew that there were mosquitoes that did not feed on blood. Also, the idea of being able to genetically mutant mosquitoes to change their diet is really interesting. A little bit idealistic but if it becomes possible it would be able to prevent numerous mosquito borne diseases like malaria and dengue fever. 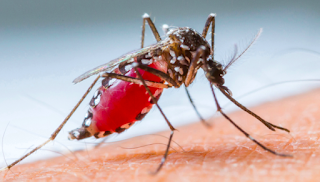 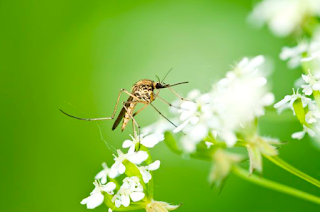 Posted by Katie McLaughlin at 11:04 PM