A women named Katey Bennett was on Facebook one day where she came across a woman named Amanda Dunford in pictures, staring at a face completely identical to her own. Katey later coincidently received a message from Amanda saying they were twin sisters. Amanda was getting a medical procedure done and to get more answers, used genetic testing, which revealed health and ancestry information. When she read the family results it said she shared a 23-out-of-23 chromosome match with someone, therefore revealing she had a twin. With the help of a DNA test the two sisters were reunited for the first time in 33 years since they were adopted by different families. Both sisters were aired on a TV show to go forth with more genetic testing to find one or both of their biological parents. I found this article to be interesting because I also have a sister that I could not live without. For Katey and Amanda it must have felt as if a piece of them was missing. In a matter of fact, for Amanda to be going in for a medical procedure, not even having the intention of finding out she has a twin sister is also incredible and an eye opener for many other reasons. For those who don’t know, genetic testing, also known as DNA testing, is the sequencing of human DNA in order to discover genetic differences, abnormalities, and mutations that may prove pathological. According to the NY Times, genetic testing of embryos has soared and more disease causing genes have been discovered. Although these tests can be expensive, they make it possible for families to ensure that their children will or will not inherit a busted gene. Chapter one in the Genetics textbook by Pierce also discusses how a majority of these discoveries and applications often have significant economic and ethical implications, making the study of Genetics relevant. 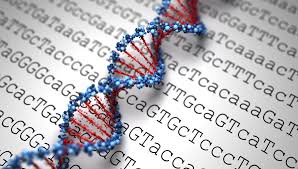 https://www.nytimes.com/2014/02/04/health/ethics-questions-arise-as-genetic-testing-of-embryos-increases.html
Posted by Unknown at 2:56 PM