Can Genes Have An Affect on Obesity?


Many researchers have spent time identifying genetic variants that increase the risk of obesity, but are still trying to determine how these genes interact with other factors in our body to make us fat. Due to advances in molecular biology, the Human Genome Project helped to identify about 200 loci that point to genes that increase the risk of obesity. A genome-wide association study scanned many individuals’ DNA looking for what could be liking them to what causes obesity. The associations studies show obesity involves not just one gene but many genes and their influence seems to be low. Scientists are also trying to find more about the correlation between genes and the environment. Although obesity can be a pattern in some families, it is also a known fact that parents constantly cook and eat the same foods. Genes may not explain it all and can have a weak effect on some, but they can also have a stronger effect on those who are exposed to different environments.
According to another article in the NY Times, Dr. Majzoub and his colleagues wrote a paper figuring out how the gene known as MRAP2, acts in the brain to control weight. They discovered that it is a helper gene. It normally acts in the brain to signal another gene already known to be involved in controlling appetite. This article captured my attention because the questioning of whether genes can alter our obesity really had me thinking. Although, from my point of view, I always thought it could be from others having a faster metabolism then some, or most just choosing to eat what they want and not maintain a healthy lifestyle. I also began wondering if you were born into a family who all appear to be obese, can you most likely inherit those genes and be a little overweight too? 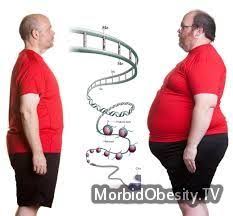