Researchers are coming very close to finishing the first fully synthetic genome. Nearly 3 years after the team revealed the first "designer chromosome" they now have 6 of the 16 chromosomes they need to complete the genome of baker's yeast. Theses chromosomes are not an exact copy but a cut-up and stitched together assembly of the coding portions of the known Saccharomyces cerevisiae genome. According to the Discover article the resulting genome "has roughly 1 million nucleotide-level differences from the natural version." 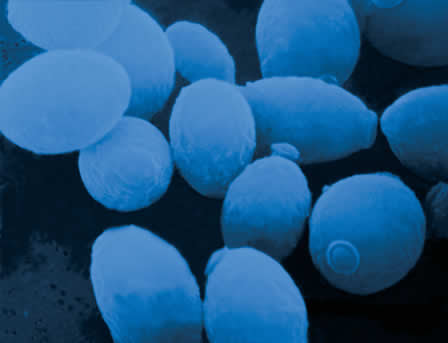 The project will hopefully yield a single functioning yeast cell containing a fully synthetic set of chromosomes. If this end result is achieved it will give us insight into aspects of the genome of Baker's yeast and even our own. We may be able to identify the role of non-coding regions since for the most part they are being removed in this project. If nothing else, as the author stated, this is an important step in the field of synthetic biology.