DNA Mutations May Have Doomed the Woolly Mammoth 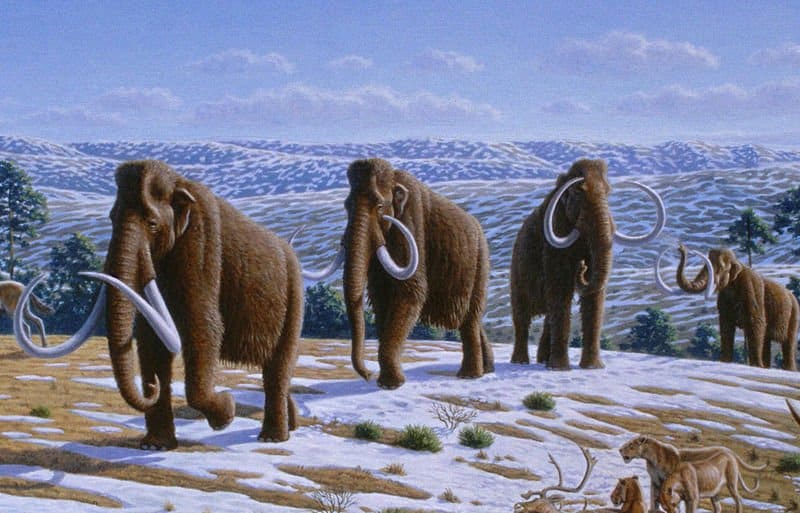 In this article explain another reason for the extinction of the Woolly Mammoth. In the past the extinction of the Woolly Mammoth was thought to be due to the climate change and human hunters. However, recent research has introduced a possible other reason for the extinction of this animal. Researchers from the University of California, Berkley, compared two different genomes of two different mammoths.  The first mammoth was 45,000 years old from northeastern Siberia, while the other was the most recent only being 4,300 years old from Wrangel Island. When looking at Wrangel mammoths, researchers identified that there were a lot of bad genetic mutations and deletions of large chunks of DNA in comparison to the northeastern Siberia.
It was hypothesized that the Wrangel mammoths must of had a small population of matting that had to occur in order for the genes to be so highly mutated. Researches suggested that when sea levels rose and cut off the Wrangel mammoths from other populations to create genetic variance, instead they had to resort in inbreeding in order to reproduce. This type of small population inbreeding would result in mutated DNA and not allowing them to evolve. This genetic meltdown could be the reason why Woolly Mammoths are now extinct.
I found this article very interesting because it goes back to what we have been learning in class when it comes to heredity and consanguineous mating. I personally would of never thought of the possibility that this animal went extinct due to not having genetic variation, but it is interesting to see how environmental changes can influence genetic variation so much that is could cause extinctions.
Posted by Unknown at 4:16 PM