Diabetes is a disease in which blood sugar levels can increase to high because the hormone insulin is not being made or is not working properly. (Diabetes: MedlinPlus.). People can either have type 1 which is when insulin is not made at all, or type 2 which is when insulin is not working as it should. There is no cure for it but it can be managed with medication that is almost like insulin, diet and exercise. To much sugar in the blood over time can cause damage in the eyes, nerves, and kidneys, it can also led to heart disease, stroke, and the lose of a limb. The insulin that is made for diabetes patients is not as effective as the real stuff, scientists in Australia think they have found a better treatment for people with type 2 diabetes. The key is in the platypus and echinda. 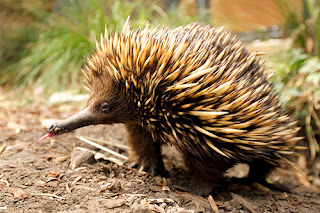 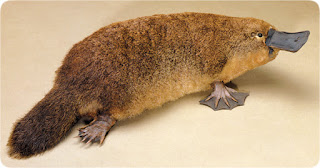 The platypus is a odd looking aquatic egg-laying mammal from Australia, and they happen to have a venomous spur behind their back feet on males, it is the image in the bottom. The image in the top is the echinda is also a egg-laying mammal the is also called the spiny anteater. A team of scientists led by Professor Frank Grutzner at the University of Adelaide and Associate Professor Briony Forbes at Flinders University, have discovered that platypus and echinda have a glucagon-like peptide-1 (GLP-1) that is resistant to degradation. In humans GLP-1 degrades within minutes and in people with type 2 diabetes the GLP-1 is not there long enough to stimulate the release of insulin. The platypus produces GLP-1 in their venom and in their gut as well, the reason for the GLP-1 in their venom is unknown and came to quite a surprise to the scientists. The GLP-1 in platypus and echinda can help synthesis new medication for diabetes that stimulates the body to produce it's own insulin.