Huntington’s Disease is a hereditary disorder that results in the death of nerve cells in the brain. Individuals with this disease begin to show symptoms around the ages of 30 and 40. They show loss of cognition or ability to think.  It occurs when a faulty gene disrupts DNA translation. It also decreases the ability to produce the Huntington protein, which leads to the cell not functioning properly.
Many scientists believe that it is caused when nerve cells in the brain are destroyed.  In order to find out what mainly affects motor function as a result of this disease, scientists found in a previous study that the early form of Huntington’s disease caused the skeletal muscles to have defects in the later stages. In addition, they also found that the protein called CIC-1 decreased in function because chloride ions were carried into the cells. This is the leading factor to why DNA translation became faulty for making the CIC-1 protein. The faulty translation is what could be the cause of the physical movements due to Huntington’s disease. 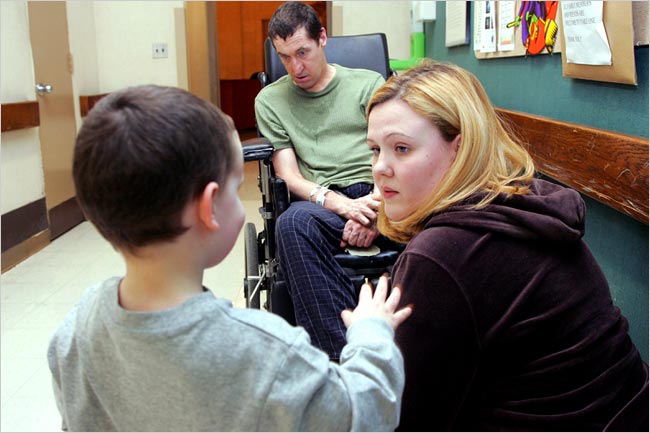 Although they found out what causes the cell to malfunction, that study did not aid in finding out whether the defect in protein code was only because the death of nerve cells or if it changes as the disease progressed. For this, they conducted a new study where they looked at healthy, wild type mice. They studied what happened during DNA translation to make the CIC-1 protein when the disease develops and also as it progresses. More specifically, they wanted to find out what happened to the messenger RNA as it carried the code for CIC-1 protein. They found that in both the young control mice and the Huntington's mice there was a defect in the encoding process for messenger RNA for CIC-1 protein. Although this was the case, they found something very interesting. They found out that as the healthy mice aged, the defect corrected itself to produce the functional CIC-1. The scientists discovered that Myosin was expressed in the muscles of newborn mice. Myosin, a motor protein was also found to be expressed in the mice with adult- onset Huntington's disease. From this study, they concluded that Huntington's disease causes disturbance in the muscles as well as brain tissue but changes over a period of time. Learning that this disease effects the skeletal muscles rather than just brain tissue and varies over time, will lead to increased help in patient care.
Posted by Unknown at 11:04 AM