There is a new evolution in human genetics - researchers in China have successfully edited the genes of a human embryo to be resistant to HIV infections. They did this by modifying a gene that is known to be linked to a blood disease. This is only the second time that gene editing in humans has been published. 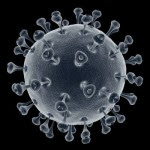 To make the embryos resistant to HIV infection, researchers had to introduce a mutation that shut down the gene CCR5. This mutation is found in some humans, which explains why they are resistant to HIV. This mutation does not allow the infection to enter blood cells, preventing HIV. The scientists were among the first to introduce this mutation by using a system called CRISPR. Some scientists argue that this experiment just made headway with this way of manipulating cells, they did not make any significant scientific findings in working with human embryos.
There are still others that argue that there are things wrong with the way the experiment was conducted. The research was done on human embryos. Although they were embryos with extra chromosomes, making them not viable, there is still a question about ethics. Some scientists wonder if this experiment was necessary. While others wonder where this information can lead us to. There are a few that see nothing wrong with the experiments with embryos.
With this research on the table, there is no saying where embryo experiments can start, what types of eggs they use, and when they end. Will it get to the point that scientists can create a genetically modified human? Only time, and evolution of laws and ethics, can tell.
Posted by Unknown at 7:10 PM