The CRISPR/Cas9 gene-editing technology is allowing a Chinese team of scientists, lead by oncologist Lu You at Sichuan University in Chengdu, to repair genes in order to treat a disease.  As a part of a clinical trial, the Chinese team used CRISPR/Cas9 to treat a patient with non-small-cell lung cancer.  CRISPR/Cas9 has only ever been tested in lab animals, but this latest news, reported in the journal Nature, describes the researchers testing the gene-editing technique in a living person for the first time. 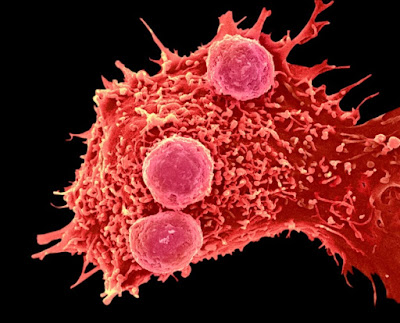 This technique is reported to allow the ability to edit any part of DNA of any organism, and it could potentially be used to cure diseases, engineer crops, and eradicate pathogens.  Jennifer Doudna, at the University of California, Berkeley, and Emmanuelle Charpentier, at the Max Planck Institute for Infection Biology in Berlin, first reported this discovery in the US back in 2012, and it was met with much controversy.  As a result, further public/private research was restricted, and it also lead some scientists to continue research in other countries.  The National Institutes of Health, (NIH), has an established Recombinant DNA Advisory Committee to review and make recommendations on any research studies that involves using gene-editing techniques on humans.  Though a conservative approach is important, I personally think it slows progress.


This could be one of the biggest biotechnology breakthroughs of our century.  It is an awesome example of personalized medicine, and I genuinely hope that China’s clinical trials are successful in providing the world insight to a completely new therapeutic approach to combat cancer.  The value of the research lies in its potential to be used in medical care to treat diseases.  I’d like to eventually see cell cultures and genetic manipulations be significantly automated/streamlined to allow them to become a mainstream option.  Similar therapies have already been shown to have amazing effects in blood-based cancers, but this is the first time that the cells were modified using the new CRISPR gene editing tool.  CRISPR/Cas9 gene-editing is described as being cost-effective and efficient, and if successful, China’s clinical studies could be very beneficial for all mankind.
Posted by DAVID at 5:29 PM