Does Exercise During Pregnancy Lead to Exercise-Loving Offspring

In the article "Does Exercise During Pregnancy Lead to Exercise-Loving Offspring" they discuss whether a persons child comes out athletic or "exercise loving" if their mother exercises during pregnancy. Just from common simple test results showed that if a mother is not very active during pregnancy then her child will most likely not be very active; and the same goes for the other way around. Although, a lot or research has not been done on this study, a few researchers from Baylor College of Medicine and Rice University in Houston did an experiment with mice testing this theory. Even though mice are not people they genetically are similar in many ways. For the experiment they got 6 female mice and put them in cages with running wheels. After a week with the wheels the female mice were paired up with male mice from the same genetic line so that they could procreate . Then half of the pregnant mice were placed in cages with locked wheels and the other half were placed in cages with unlocked wheels. Researchers observed that the mice in the cages with the locked wheels used their wheels everyday and were much more active in general compared to the mice in the cages with locked wheels. After the mice had their children the second generation was moved in a cage with a wheel. They were separated from their mothers so they would not be influenced by what they do. After observing the mice the results were that all the mice who were active were much more active then the mice who came from mothers that were not active. Even though mice aren't human this theory still makes sense because lets use athletes as an example. Most athletes kids play sport and are athletic. I personally agree with the fact that it does make a little of a difference if the mother is active during her pregnancy. In the article they also mention that there are deeper biological influences as well such as in someone's DNA. If a mother is unhealthy during her pregnancy such as gaining a lot of weight and other things her child is at a much higher risk or having health issues. Therefor, it defiantly will not hurt a mother if she is active during her pregnancy even if her child will not be the #1 athlete in the world. 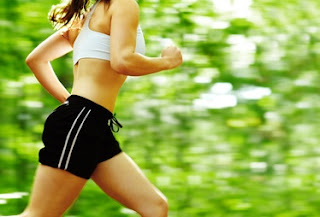