Scientific discoveries in the biomedical world in the last 20 years have put us at the forefront of gene-editing, with many thanks to the CRISPR-Cas9 technique for significant advances and successes in research studies. Now, in China, a new gene-editing technique has supposedly been identified and has been claimed to be more precise and versatile than it's predecessor. NgAgo, an enzyme, was found to edit mammalian genes with precision and overwhelming success... in one study. The biologist to recognize the importance of NgAgo in gene-editing is Han Chunyu, refuses to step down from his claims that NgAgo has clear importance and accuracy in gene-editing. 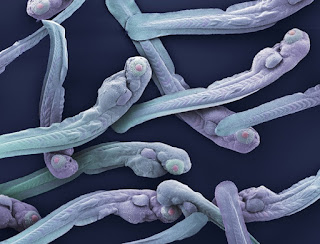 Above: Han's study focused on editing the genes involved in eye formation of zebrafish embryos.

Due to the overwhelming success that Han's paper seemed to have, many scientists flocked to this new method to find out if it was really as perfect as Han had shown. Despite multiple attempts to recreate the exact conditions of the paper, no existing research has concluded that NgAgo is a gene-editor. From what has been seen thus far, it appears the NgAgo may bind to the gene in question and down-regulate the expression of just that gene. Unfortunately, this change in expression is not inheritable, thus possibly making NgAgo not a viable gene-editor.

There are hopes on the horizon for NgAgo however. A few scientists, Gaetan Burgio included, claim that the enzyme wasn't tested at the proper temperature (the temperature inside a bacterial cell). Further research will be needed to verify if NgAgo can be a superior alternative to CRISPR-Cas9, as this would change genetics for decades to come.
Posted by Andrew Intelli at 7:59 PM