In Hawaii, there were several patients diagnosed with a strain of gonorrhea that is resistant to the only antibiotic treatment available today to the infected. The seven patients were cured, but there were issues and complications. It either took longer or didn't work as well and so the treatment and regiment was a little different when compared to the previous patients on the said regiment.

It's the same idea behind any drug in the industry right now. You can administer the treatment but the entire population will not finish the treatment. Some stop early, which allows for the resistant strains to start to develop. Dr. Stephanie Taylor is currently working to better an experimental drug that cured patients.

"In a phase 2 trial, lead researcher Taylor and her colleagues treated patients with gonorrhea using ETX0914 alone at either 2g or 3g dosage levels. All patients treated at the higher dosage level and 98% at the lower dosage level were cured. Though a small number of patients reported side effects, they were mild and primarily gastrointestinal." 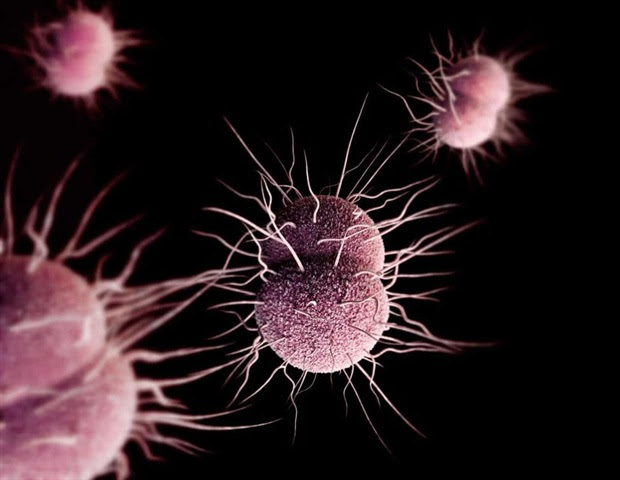 A Graphic of Gonorrhea

So what is the genetics connection to this idea of resistance within a bacterial population?

"Antibiotics kill or inhibit the growth of susceptible bacteria. Sometimes one of the bacteria survives because it has the ability to neutralize or escape the effect of the antibiotic; that one bacterium can then multiply and replace all the bacteria that were killed off. Exposure to antibiotics therefore provides selective pressure, which makes the surviving bacteria more likely to be resistant."

So, humans are basically accidentally selectively breeding the bacteria in order for them to become resistant to a certain medication. By not finishing your medicine, having taken the medicine too many times, or just abusing the medication in general can lead to selecting resistant bacteria to develop and replicate to eventually become the majority of the population.

I think that the simple fix to this problem is to educate the population before administering medicine to the general populous. There has to be some kind of verbal system explaining to a person how to use the medication properly. I know it is in place for certain drugs and treatments, but not all of them. Then, people assume that the idea of not finishing your entire dose of medicine doesn't apply to what they are currently taking just because it wasn't verbally presented. The general population would understand the accidental selective breeding of resistant strains of the infections if they were given the warning verbally in my opinion. Yes, it is partially the doctor's fault at times for not advertising to use the entire antibiotics (since I have personally experienced misinformation or lack there of in the doctor's office before), but it is the individuals fault as well for not self educating themselves about what they are taking. It's weird how a human behavior has a relation to the spread of the accidentally selected resistant strains of infections.