With the advent of studies in genetics, there have been many long lasting implications. For example, genetics as offered us insight into many genes that we can concur cause certain diseases. This application of genetics has been one of the most prominent features of genetic analysis. Even today, more and more genes are being linked to the possibility of disease formation. For instance, scientists from the Welcome Trust Sanger Institute were able to identify 17 rare human gene variations that are connected to risk factors that could lead to cardiovascular disease and diabetes. These risk factors could be anything from increased levels of cholesterol or even issues of the hemoglobin in blood. 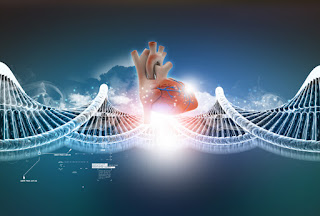 Interestingly enough, this study on identifying the 17 gene variants would not have been possible without the aid of the UK10k Project which was a study of 10,000 individuals and their genetic code. Researchers then utilized a technique that is called “Fine Mapping” to study various regions in the Human Genome that contain risks for cardiovascular disease. From there, researchers narrowed down the 17 gene variations that give the most risk for cardiovascular issues. Even though it may seem like researchers are only in the discovery process of genetic analysis, there are long last implications at play. Once researchers are able to isolate and determine what it is these genes do, medical therapies can be formulated, tested, and hopefully be used clinically. Before you can truly combat a disease, you have to find what it is that is causing it, even at such a small level of the human body.
Although focused primarily on cardiovascular issues, this same way in which genes are analyzed can soon hopefully be applied to locate other genes correlated with other diseases. I believe that these mass genetic analyzes can help revolutionize medicine.
(https://www.sciencedaily.com/releases/2016/09/160926115115.htm)
Posted by Vinh Dang at 9:58 AM