One of the biggest and most controversial tools to come out of the scientific world, and more specifically the genetics field is, CRISPR; otherwise known as Clustered Regularly Interspaced Short Palindromic Repeats. CRISPR, hailed as a “miracle” to some scientists, is a gene editing tool where the CRISPR acts as a homing device to lock onto specific areas of DNA in which the enzyme CAS9 is used to “cut “the targeted section. Depending on what you want to do, the CRISPR/CAS9 can turn off, on, or replace segments of DNA. Although this genetic tool may seem appealing, there are some shortcomings. For example, the CRISPR/CAS9 has been known to cut more genes than expected which leads to unwanted mutations in DNA. Although first introduced nearly 3 and a half years ago, CRISPR/CAS9 is still seeing many new innovations to counter such issues. 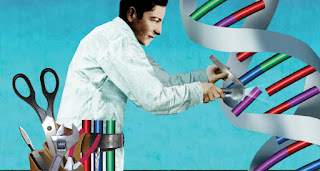 For example, Gene Yeo and other researchers at the University of California, at San Diego discovered a way to “dull” the blade of the CAS9 enzyme by adding other proteins in order to turn the CRISPR/CAS9 tool from a “Swiss army knife” into more of a multifunctional tool. Another way in which genetic engineers have been able to tinker with CRISPR is through turning off the CAS9 enzyme’s ability to cut genes leaving only the ability to latch onto genes functional. Chemical biologist Dr. David Liu of Harvard University was at the forefront in manipulating the Cas9 enzyme to do away with deletion and insertion. In turn a hitch-hiking enzyme is introduced to proceed through a series of single base nucleotide switches without any insertion or deletion.


Today, there are many additions still being made today in relation to the CRISPR/CAS9 tool. Molecular biologist Feng Zhang of MIT has discovered many new enzymes located in bacteria which are able to replace the CAS9 cutting tool of CRISPR. Some examples include the Cpf1 and the C2c2 enzymes. The Cpf1 enzyme is crucial in allowing the process of multiple “guides” allowing the enzyme to edit in multiple locations on the DNA at once. It is also able to cut DNA strands so that one DNA strand is longer than the other which allows for easier insertion of new genes. In regards to the C2c2, this enzyme not only works in the same way as CAS9, but instead of cutting DNA, it can cut RNA. Ever since the advent of CRISPR/CAS9, many advances have been made to bring us closer to not only the manipulation of genes, but also advances in determining the root causes of diseases such as cancer, diabetes, or Alzheimer’s.
I think that although something as controversial as designer children is possibly from all of these advances in CRISPR/CAS9, I still believe that its advances in the medical community are unfathomable. The ability to manipulate genes to prevent future diseases would be a miracle in it of itself and could definitely play a role is increasing the life span of human beings.
(https://www.sciencenews.org/article/crispr-inspires-new-tricks-edit-genes)
Posted by Vinh Dang at 10:26 PM