Schizophrenia is a brain disorder that alters someone's perception of reality and causes abnormal social behavior, with symptoms beginning around age 20. There is currently no cure, and as negative social connotations associated with the disease continue to grow, a scientific obligation to understand schizophrenia on a deeper, genetic level arises. In January of this year, multiple scientists from NYU and other institutions did just that - after analyzing 48 separate case studies of people with schizophrenia, it was discovered that four separate signaling genes are involved with the disease. Combinations of these four genes lead to differing phenotypic expressions that may explain why the symptoms of schizophrenia are so widely varied. A quick Google search pulls up a slew of symptoms - from behavioral (social isolation, lack of restraint, aggression), to cognitive (delusion, amnesia), to psychological (hallucination, paranoia), and beyond. It's not surprising that Kranz et al.'s study revealed at least four different genes involved with this disease that affect a person's phenotype, classifying schizophrenia as a polygenic disorder. They also discovered that these genes impact the growth or regulation of nerve circuits within the brain. 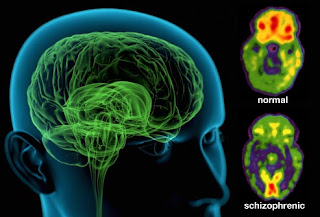 In order to conduct this study, scientists studied 48 ethnically diverse individuals all affected with the disease. They had them undergo targeted exome sequencing of the four genes in question: PTPRG (Protein Tyrosine Phosphatase, Receptor Type G), SLC39A13 (Solute Carrier Family 39 (Zinc Transporter) Member 13), TGM5 (transglutaminase 5), and ARMS/KIDINS220 (Ankyrin repeat-rich membrane spanning protein or Kinase D-Interacting Substrate of 220 kDa). 15 out of the 48 cases (a little over 30%) were all shown to have "rare or novel missense coding variants" (Kranz et al. 2016) in one or more of these genes.

The first gene, PTPRG, was shown to influence traits such as working memory deficits and connection of nerve cells as they form nerve networks. The second gene, SLC39A13, was shown to be associated with severe negative symptoms, global cognitive deficits and poor educational attainment (suggesting a developmental disorder). This can lead to low achievement at school and decreased levels of motivation. The third gene, TGM5, is associated with slow processing speed, childhood attention deficit disorder and other milder symptoms of schizophrenia. Also, this gene is associated with stabilization of proteins that can lead to degenerative conditions that are found in Huntington's disease. The fourth gene, ARMS/KIDINS220, plays a role in global cognitive deficits with good educational attainment, suggesting neurodegeneration after a certain age, usually a little later in life (around 22).

This experiment is extremely important for psychologists, psychiatrists, neurologists, those affected with schizophrenia, and those who may be at risk. Instead of using 'schizophrenia' as a blanket term for everyone exhibiting multiple and varied symptoms of psychosis, this study directly implies that person-specific treatments are needed. If two people both have schizophrenia, their phenotypic expressions may be greatly varied, but may receive the same treatment - which may help one and not the other, or help neither at all. In the future, it's possible schizophrenia may be broken down into multiple classifications of different disorders, which makes more sense in terms of treatments. I hope this experiment leads to more studies, shedding better light on this disorder, reducing the stigma surrounding it, and ultimately leading to some type of cure.