In a study, scientists from 14 countries spent nine years researching and trying to discover the tomato genome with the intention of breeding better ones. After successfully discovering the genome, they found the vegetable possesses 31,760 genes, more than the approximate 22,000 genes humans have. It was also found that the Potato shares about 92% of its DNA with that of the Tomato, which makes sense because they are part of the same family, the Solanaceae family. So how did the Tomato gain so many genes? Well it turns out about 70 million years, some lucky mishap in the process of cell division led to the triplication of the Solanum genome where then the two free copies of each gene were free to change through mutation. Some of these were useless so they were dropped but others developed new useful functions. Interestingly enough, burdening a plant with three times as much DNA as it needs would sometimes be considered a handicap but since this event occurred around the same time as dinosaurs became extinct it was actually a lifesaver. Jim Giovannoni, a plant geneticist says, “It’s easy to think that in that period, with a lot of volcanic activity and little sunlight, the reservoir of a lot of additional genes would be useful to a plant”. Because of this study, plant breeders have had more success breeding tomatoes that benefit everyone such as longer shelf life and better taste and quality. 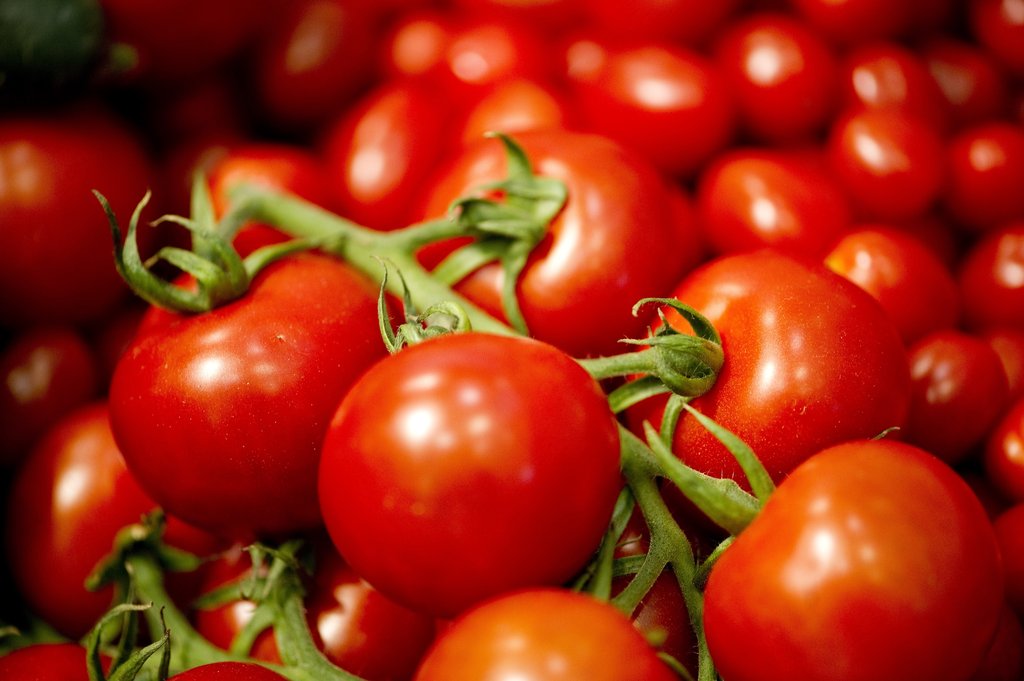 I found this article interesting because it is surprising that something as simple as a tomato has more genes than a living human. Naturally, you would think that if something had as many genes as the tomato has, it would be more complex and advanced but as I am learning, that is not always the case.

Posted by Carlos.Gonzalez at 6:03 PM