Would it be incredible to genetically alter mosquitoes so they would not harm you? Such idea is already being tested. In 2003, Austin Burt, a leading geneticist, proposed the idea of gene drives. Gene drive is defined as the process of stimulating biased inheritance of certain genes to alter entire populations. In other words, they are genes that are inherited throughout a species almost 100% of the time. This process relies on endonucleases (restriction enzymes that cut DNA sequences) and CRISPR/Cas9, an enzyme from bacteria that can be used to alter any DNA sequence or genome. As an organism's DNA is cut, guided RNA sequences will take the place of the cut-out sequence and drive the "RNA guided gene"into an organism's genome. This imposed gene will be passed down throughout generations, altering an entire species. For example, a particular species of mosquitoes that carry malaria may not be able to carry the disease any more. 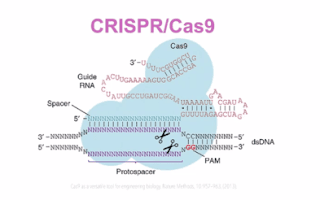 While there are many questions and concerns about gene drives, scientists have recently made an important discovery. On November 16, 2015, a team of researchers at the Wyss Institute for Biologically Inspired Engineering at Harvard University and Harvard Medical School (HMS) experimentally showed that the effects of gene drives on populations can be reversed, and the team developed safeguards for using gene drives. First, by separating guided RNA from Cas 9 enzyme or inserting an artificial gene into an organism, gene drives could only be activated in the laboratory. This means the organism cannot survive in the wild. Also, by experimenting on yeast, gene drive traits have been reversed by reversing the gene drive machinery.

This is a fascinating discovery. Much experimental work and research must still be accomplished, and safeguards and reversibility of using gene drives must be further explored. Gene drives could be used for great good in an ecosystem, but scientists are also tampering with an incredibly designed DNA code for life. I will choose to remain optimistic about this work. "Gene drive technology has great potential to solve global problems, such as malaria, for which we have no solutions today," says Wyss Institute Founding Director Donald Ingber, M.D., Ph.D…"