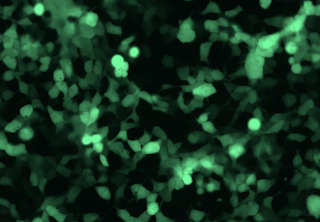 MicroRNAs are a class of non-coding RNAs that play an important role in controlling gene expression. That is, they help cells control the types and amounts of protein they make. MiRNA mainly controls gene expression by binding with messenger RNA(mRNA) in the cell cytoplasm. Instead of immediately translating, the marked mRNA will either be destroyed or have its components recycled, or preserved and translated later. In addition, if the level of a specific miRNA is underexpressed in the cell, the protein that is normally regulated will be overexpressed in the cell. In so, they are inversely proportional.
A recent research study aimed to better characterize miRNAs involved in glycosylation by probing the miRNA of two glycosylation proteins: ST6GAL 1 and ST6GAL 2. It was previously found that ST6GAL 1 is overactive in pancreatic cancer, interspersing cancerous cells' membranes with 2,6-sialic acid. To determine how miRNAs adjust enzyme expression, a sensor was developed using a gene's regulatory region(where miRNA binding occurs) and a sequence coding for a fluorescent protein. The sensor was expressed in dividing cells. If miRNAs inhibited a protein's translation, the cells' color dims, while if it turned up gene expression, the cells glow brighter. It was discovered that the miRNAs that interact with ST6GAL 2 downregulate its expression, while those that interacted with ST6GAL 1 increased its expression, also increasing levels of 2,6-sialic acid. Mutating potential miRNA binding sites caused upregulation to disappear, proposing that miRNAs directly control gene expression.
This discovery is a major innovation in cancer research. This is because abnormally low levels of miRNA can lead to overexpression in genes that miRNA regulates, leading to cancer development. The correction of these specific miRNAs can normalize the gene regulatory network and signaling pathways, and reverse the phenotype in cancerous cells.
Posted by Safah Panah at 11:26 AM