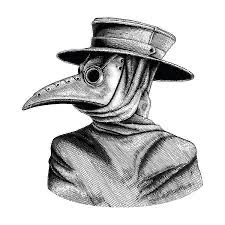 Researchers and geneticists across the globe have been cultivating research and observations centered around the evolution of the human specie’s immune system in response to the Black Death. The Black Death, known by many historians to be one of the most fatal pandemics to ever occur across the world, is a disease caused by Y. pestis During the era of the Black Death, millions of people who were infected by disease suffered from mortality. From the DNA samples of those that lived during the Black death, information was concluded about the particular gene, ERAP2, offering an advantage for survival during the era of the plague. The people who survived during the plague were often those who exhibited two functional copies of the gene of interest. Given this, the survival of those who inherited two genes of ERAP2 were passed down to future generations, which revolutionized the human immune system today. It was noted, from the conclusions of the experiment, that the evolution of the immune system in response to the Black death has been associated and linked with the development of autoimmune disease.

Overall, the conclusions proposed from the experiment were very insightful. The genetics research, which focused on the history of adaptation and natural selection of genes  contained within the article, provided a different perspective on the human immune system and its susceptibility to disease.