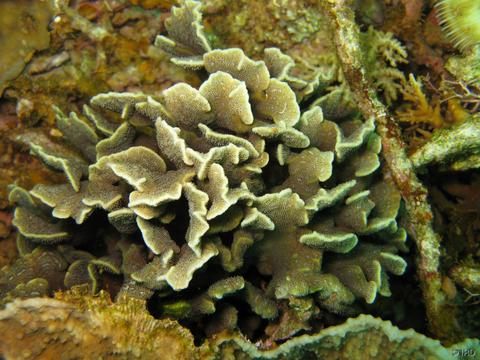 Zhang et al. analyzed the scleractinian coral Pavona decussata, in conjunction with its obligate symbionts, at four stages during a natural bleaching event. The four conditions were healthy, healthy-looking, bleached, and recovered coral fragments. Each fragment was used for RNA sequencing as well as zooxanthellae density and chlorophyll a content analysis. The overall goal was to examine the transcriptomic response at different stages to better understand the mechanism behind recovery.

It was revealed that symbionts were under oxidative stress after a bleaching event. This was the result of an imbalance between photosystem I and photosystem II. This stress caused harm to the coral through stress and metabolic decline. The symbiont expulsion may also be attributed to induced apoptosis as an immune response from the host coral. Comparison between the recovered and bleached tissues revealed recovery of the immune system, activation of cell proliferation, and reparation of damaged DNA as the most significant changes during the recovery; however, many more changes were identified.

Although Pavona decussata was able to recover on a transcriptomic level during this study, I still fear that as the duration between bleaching events becomes more frequent, the time it takes to progress between recovery stages will lengthen. If the coral cannot reach a recovered state fast enough due to constant stress, the coral will not be able to recover.