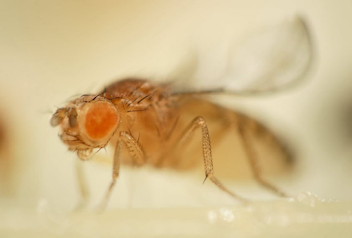 Experiments with fruit flies have allowed researchers to find and analyze rare genetic mutations that are commonly found in autistic individuals. By using fruit flies as ‘living test tubes’, researchers can study which genetic variants identified in autism spectrum disorder persons have functional consequences. The work focused on missense mutations, in which a switch of a single DNA letter alters one amino acid in a protein.

“The scientists engineered 79 autism-linked variants — most of which are missense variants — into the equivalent genes in fruit flies, or Drosophila. The variants came from the Simons Simplex Collection, a repository of genetic data from families with one autistic child. The researchers discovered that 30 of these changes had significant consequences for the flies, such as a reduction in courtship behaviors; greater or lesser amounts of grooming; smaller eyes; and smaller, crumpled, serrated, blistered or absent wings” (Choi, 2022).

Scientists cautioned that although these 30 mutations did have strong consequences in fruit flies, they did not mean that they all had a direct correlation to autism in humans. One of the genes linked to disruptive effects in fruit flies is GLRA2. It helps control chemical messengers in the brain but if not present or found to be mutated shows as a spectrum of neurodevelopmental conditions, such as autism, epilepsy, developmental delay, and intellectual disability.

The strategy and testing method could help researchers investigate other human mutations of unknown significance and determine how genetics affect other diseases as well.

More research on autism and genetic studies can be accessed here.

Posted by Amarilis Martinez at 3:29 PM