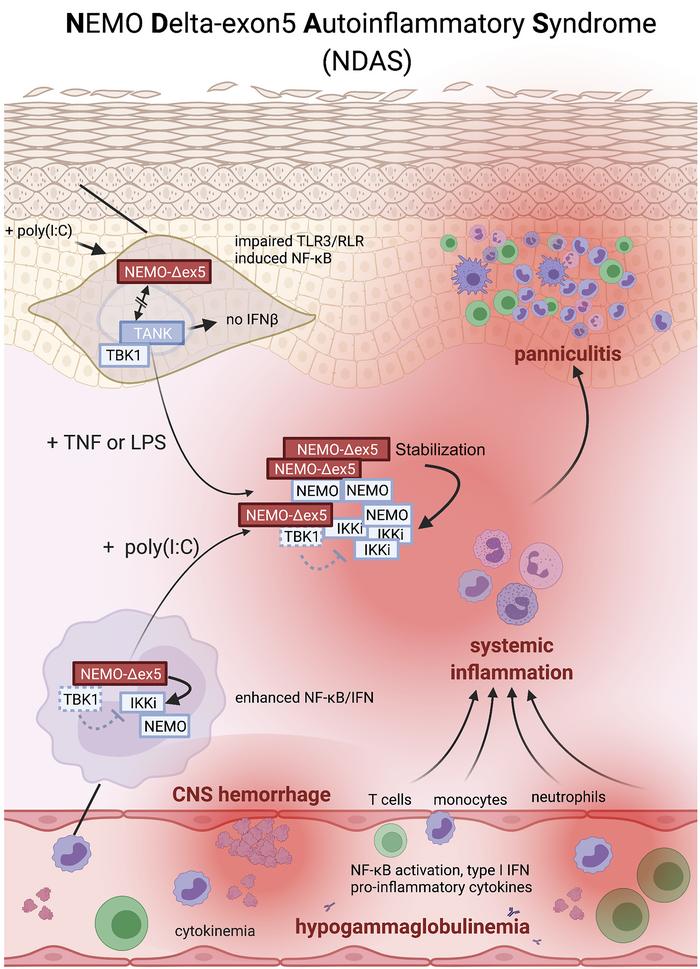 NEMO mutation frequently results in an x-linked clinical disorder called "anhidrotic ectodermal dysplasia" (EDA), which is due to impaired NF-B activation in response to EDA receptor signaling during development. Most NEMO mutations are hypomorphic and lead to a combined immunodeficiency and susceptibility to encapsulated bacteria, DNA viruses, and atypical mycobacteria. For instance, deletion of mutations affecting the N-terminus impairs the association of NEMO with the catalytic subunits IKK and leads to fatal herpes virus infection, whereas deletion mutations of the C-terminus lead to an anti-inflammatory syndrome combined with immunodeficiency. Hence, whereas certain mutant forms of NEMO lead to disease predominates may be secondary to impaired regulation of proinflammatory pathways. Isoforms of NEMO resulting from alternative splicing have been described in cell lines and patients, but the molecular mechanisms by which these isoforms lead to disease are not completely understood.