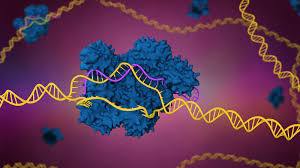 There are discussions in China’s bioethics community to set up a research center to ensure the well being of the first children born with edited genomes. He Jianki announced that he had created babies with altered genomes in 2018, and these discussions began following the possibility of his release from prison. In the latest proposal, researchers have said that these children would need special protection as they are a “vulnerable group”. Gene editing could create errors in their genome which could potentially be passed to their children, and their genome should be sequenced regularly just to ensure that there aren’t any abnormalities. Because there are no updates on the children’s current condition, it’s difficult to make recommendations.

He implanted embryos in which he used CRISPR-Cas9 to edit CCR5 in an effort to make them resistant to HIV. As a result of this, twins were born in 2018. The parents agreed to this because of the fact that the father was HIV positive. In 2019 He was sentenced to 3 years in prison. The children are toddlers now, and are the only children with an edited genome. Despite promising that these children would have medical insurance, they were born prematurely which interfered with that promise and were initially denied medical insurance. He stepped in to pay.

This article brings up the issue of excessive surveillance. While these children are vulnerable, there are also social and psychological risks to be accounted for in the recommendations on how to properly protect them. These children would have to endure medical testing regularly throughout their life, which could have an effect on their mental health and a variety of other components of their lives. It is interesting to see the ethical side to certain medical situations, as the editing of their genome could have a long term effect on their psychological health.