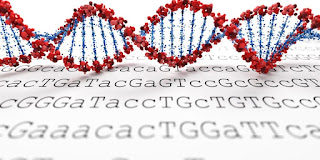 After discovering its link to a tumor suppressor gene, Australian researchers have found a novel neurodevelopmental condition. The Murdoch Children's Research Institute (MCRI) conducted an international research team that linked a known tumor suppressor gene to a novel neurodevelopmental disease, putting an end to the diagnostic journey for 32 families throughout the world. Variations in the FBXW7 gene were linked to the newly identified disorder, which causes “mild to severe developmental delay, intellectual disability, hypotonia, and gastrointestinal problems,” according to the study. Because the FBXW7 gene regulates cell life-cycle, cell growth, and cell survival, the research team hypothesized that abnormal cell proliferation during brain development could underpin the wide range of brain abnormalities seen in this new disorder, according to Murdoch Children's researcher Dr Sarah Stephenson. According to this article, The researchers employed cutting-edge diagnostic methods, genomic sequencing, and global data sharing platforms to find 35 persons, ages 2 to 44, from 32 families in seven countries who had variations in the FBXW7 gene that were linked to a hitherto unknown neurodevelopmental disease. Almost all of those impacted experienced developmental delays and intellectual disabilities ranging from mild to severe; 62% had decreased muscle tone, 46% had eating and constipation issues, and 23% had seizures. Variable underlying anatomical variations affecting the cerebellum, nerve fibers, and white matter were also shown by brain imaging. The researchers next used a fly model to lower the gene's expression, which impaired the flies' capacity to jump in response to a stimulus. This backed with the theory that the 28 FBXW7 mutations were to blame for the disease. It also reinforced the importance of the gene in development in general and in the brain in particular. Professor Tiong Tan of Murdoch Children's Hospital, who is also a clinical geneticist at Victorian Clinical Genetics Services (VCGS), said the findings demonstrated the power of undiagnosed disease programs that use new genomic sequencing technologies as well as international data sharing and collaboration to provide diagnoses to children and families who have been searching for answers for years. Rare Diseases Now (RDNow) has devised a pathway for children who remain unidentified after a genomic test such as exome sequencing, building on the scientific and clinical experience of MCRI and VCGS. Recently studies have found that this diagnosis is a dominant condition, which means the person who is affected has a 50 percent chance of passing it off to the offsprings. Even though its a high risk, this also gives a good certainty to the families, as this gives them a better understanding of the this new condition, and have a better knowledge of what to do in the future, if they were to have offsprings. Professor Tan also stated that the next stage would be to test these findings in human stem cells, which would then be engineered into brain cells for laboratory research, in order to gain a better knowledge of how the brain was damaged in this condition.

Posted by Bryan Lapsiwala at 2:26 PM