An “oracle” for predicting the evolution of gene regulation 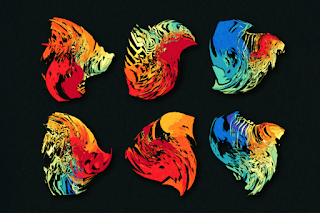 Researchers build a mathematical framework for examining the genome and detecting natural selection signs in order to comprehend non-coding DNA's evolutionary past and future. Researchers have been working on mathematical maps that allow them to look at an organism's genome, forecast which genes will be expressed, and estimate how that expression will alter the organism's observable features in order to better comprehend the consequences of such changes. These maps, known as fitness landscapes, were first proposed almost a century ago to better understand how genetic makeup effects one common indicator of organismal fitness: reproductive success. Fitness landscapes in the beginning were frequently relatively simple, focused on a small number of mutations. Researchers still require extra tools to classify and visualize such complicated data, despite the availability of much larger datasets. This capability would not only assist researchers better understand how particular genes have developed through time, but it would also aid in predicting future sequence and expression changes.
A group of scientists developed a framework for studying the fitness landscapes of regulatory DNA in a new study published in Nature on March 9th. They constructed a neural network model that, when trained on hundreds of millions of experimental measurements, was capable of predicting how alterations to these non-coding regions in yeast affected gene expression. They also developed a novel two-dimensional representation of landscapes, making it easier to comprehend the history and predict future development of non-coding sequences in organisms other than yeast, as well as construct specific gene expression patterns for gene treatments and industrial uses.
Many scientists have simply trained their models on known mutations (or modest variants thereof) found in nature prior to this work. However, Aviv Regev, an MIT biology professor, and her colleagues intended to take it a step further by developing their own unbiased models capable of predicting an organism's fitness and gene expression based on any possible DNA sequence, including sequences they'd never seen before. Researchers would be able to utilize such models to manipulate cells for medicinal objectives, such as novel cancer and autoimmune disease treatments.

Posted by Bryan Lapsiwala at 4:24 PM