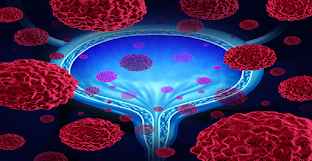 Using viruses to treat cancers has been successful including the use of a modified form of herpes to treat melanoma.  As a virus enters the immune system, it replicates itself in a cancer cell which causes the body to react as if it is a common cold and attack it.

Current treatment for bladder cancer, the seventh most common form, has been unsuccessful.

A strain of the common cold, CVA21, was used in a study of 15 patients in the UK.  They were each given one dose of the strain a week prior to their surgeries for the removal of their tumors.

Urine samples showed CVA21 was able to kill many cancerous cells and did not attack the healthy cells in the body.  This response lead researchers to believe that the virus inflamed the tumor, which in turn jumpstarted the immune systems response.

While this only occurred in a small sample size, this can be used in the future for bladder cancer treatments in hope to be successful in destroying cancer cells in patients.