Europe’s Roma people are vulnerable to poor practice in genetics 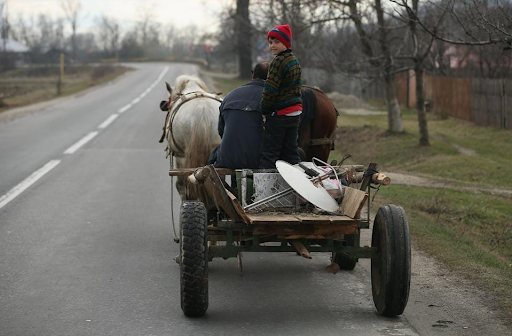 In this article, it had mentioned that numerous journalistic and scientific reports in recent years have increased awareness concerning the unethical misuse of DNA databases. In Europe, there are between 10 and 12 million Roma people. The word Roma was used in the 1980s to replace labels such as 'Gypsy,' which were deemed offensive in many European nations. Since the 1990s, DNA has been obtained from thousands of Roma individuals all around Europe. Researchers have evaluated over 450 publications produced between 1921 and 2021 during the last five years. In the last three decades, over two-thirds of these papers have been published. Researchers also searched five public databases for DNA information on Roma people. The Y-STR Haplotype Reference Database (YHRD), the Allele Frequency Net Database (AFND), the Allele Frequency Database (ALFRED), the Estonian Biocentre Human Genome Diversity Panel (EGDP), and the European DNA Profiling Group's Mitochondrial DNA Population Database are among them (EMPOP). For example, the incorporation of Y-STR analysis is used in many ways, including examining Y-chromosomal short tandem repeat polymorphisms (Y-STRs) haplotypes to distinguish paternal lineages of undiscovered male trace donors, and are especially useful when both men and females are added to the same evidence. Samples have been gathered from people including prisoners without proper consent or any record of consent in many situations, notably in the late twentieth century, and subsequently shared between research organizations or stored in public databases. In other research, Roma people were approached by medical practitioners who assigned an ethnic designation to specific data sets and then shared the individuals' personal information with researchers. Many people from genetically isolated societies are vulnerable to de-anonymization for a variety of reasons, particularly those with unique genetic diseases. It is doubtful that Roma people, like many other underprivileged groups, would gain from the collection of their DNA. The creation of rare illness treatments based on data from genetically isolated groups might, in theory, help such communities' people. Yet, in the case of Roma people, scientists have yet to identify an example of really cooperative research, such as incorporating members of the community or initiatives to increase the population's access to health care, including medications that may already be accessible. Hopefully, ethical breaches in sample collection and associated overrepresentation in databases accessed by law enforcement agencies — which are indicative of a problem with "morally reprehensible uses" of DNA databases — will be reduced among the thousands of minority groups that are often victimized.

Posted by Bianca Gamadia at 2:34 PM