The Genetics & Biology in Preeclampsia

The Genetics & Biology in Preeclampsia 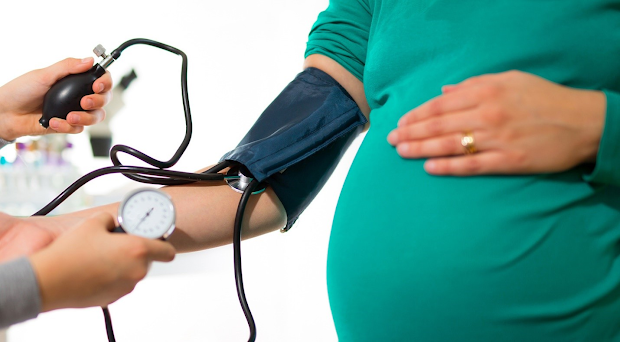 Preeclampsia is a medical condition that occurs during pregnancy, “...characterized by the onset of hypertension, proteinuria, and edema”(Kanasaki and Kalluri). This condition results from placenta defects. It affects approximately 5 to 8% of women during pregnancy. One of the most common and major complications is hypertension (high blood pressure) which is often associated with preeclampsia. This can cause complications to the mother and the unborn child. This condition leads to the presence of edema, which has the plasma volume lower than normal. This may cause damage to the mother and baby’s organs, because of the lower systemic perfusion. Preeclampsia can affect not just the pregnancy, but also the kidneys, because it can cause glomerular endotheliosis. “The risk of preeclampsia increases in those who have limited sperm exposure with the same partner before conception” (Haram et al.).

This condition can cause other medical conditions such as HELLP syndrome, which brings more complications to the pregnancy. In many studies, it shows the “evidence of a genetic association with preeclampsia for the endoplasmatic reticulum aminopeptidases 1 and 2 (ERAP1 and 2) genes. The ERAP1 and ERAP2 genes encode enzymes that play roles in blood pressure regulation via involvement of the renin-angiotensin system in addition to the innate immune system” (Haram et al.). Preeclampsia is still being studied and researched to understand the cause and all of its factors involved.

1. Genetic Aspects of Preeclampsia and the HELLP Syndrome (hindawi.com)