Have this protein, run the risk of getting Cancer by 2x 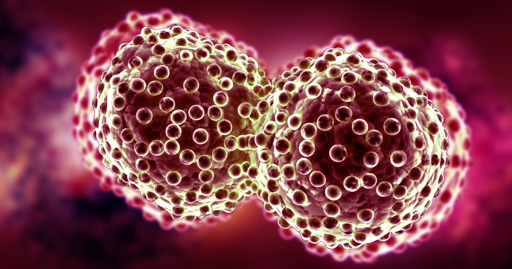 There is a protein that is possibly running the risk of getting cancer by doubling it. A Singlec, which is a cell surface group of proteins, that are sialic-acid binding immunoglobulins, are involved in cell signaling in immune cells. The gene SIGLEC12 which encodes for Siglec-XII is now not binding to sialic acid and has been found to abnormally cell signaling in humans. This was discovered by Ajit & Nissi Varki, who work at UC San Diego School of Medicine. They believe this is linked to people having a great chance at carcinoma cancer progression where SInglec-XII is found in abundance. For the most part, people have a mutation that inactivates the SIGLEC12 gene altogether, but there are some that don’t put them at higher risk. It was also seen that people with this gene, have a worse late prognosis if the cancer is not caught early on. Specifically, on patients with colorectal cancer, it was discovered that around 80% of patients had the operational form of SIGLEC12.

Further research has been done on mice. They introduced tumor cells, that is to produce the SIGLEC12 gene. When monitored in comparison to tumors that do not have the SINGLEC12 gene, it was discovered to see a growth rate that was doubled.

Now, this is very interesting. Since we see this gene playing a big role in certain cancers in the way they form. We could also try to be able to catch this early on patients. Therefore, hopefully, it will lead to more success of remission since it progresses rapidly. But of course, the problem is, genetic testing is not widely available yet, but I hope one day to see it a part of a doctor's daily routine check-up. Our genetics tell us what our body is made of and if we could catch the anomalies before they eve occur, these would be the advances I like to see.

Posted by Alexandra Urbanek at 8:08 AM