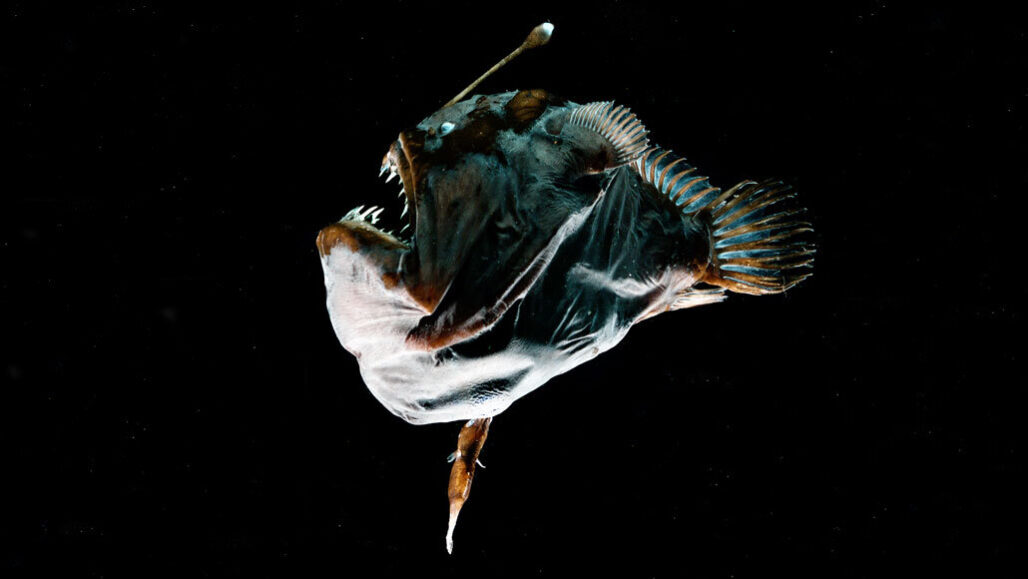 In this article, we learned that some deep-sea species often lack genes involved in the body’ response against pathogens or foreign tissues. In the picture above the male deep-sea anglerfish can be seen fused to a much larger female during mating. This male called Melanocetus johnsonii is attached to the belly of the female. Scientists believe that the loss of key immune system genes may explain how fish pull off the feat. When they reproduce they do not only share sperm but blood and skin. The deep-sea anglerfishes sex resembles a mismatched organ transplant that does not reject the other’s immune system. Boehm and colleagues isolated DNA from 31 preserved anglerfish representing 10 deep-sea species. This was done in order to compare anglerfishes that don’t fuse to their mates with species that fuse are missing genes that help produce new antibodies that get better at binding to perceived threats in future encounters. They realize that not having antibodies may actually be helpful for a female that is exposed to multiple males throughout life. Even when they lack the genes needed to make the parts of T cells that help identify foreign tissue and pathogens. No further experiments were performed to confirm how the missing genes might affect the immune system’s behavior.  This article caught my attention because it is interesting to see the diversity of immune systems within these different species.