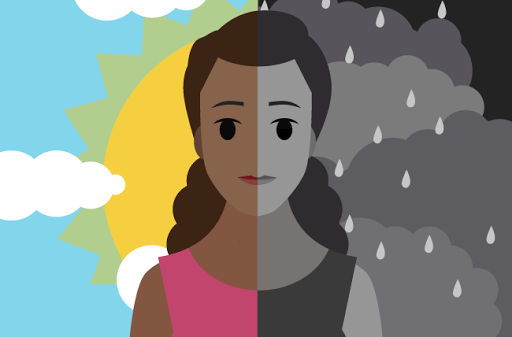 Bipolar disorder, also known as manic-depressive disorder or manic depression, is an episodic mental disorder that causes unusually extreme fluctuations in mood, energy, activity, and focus. In the manic episodes, the person feels very happy and increases in activity and motivation. In the depressive episodes, the person feels hopeless, sad, etc. and decreases in activity and motivation.

According to the National Institute of Mental Health, bipolar disorder develops or starts during late adolescence or early adulthood. There are two main causes to this disorder: genes and brain structure/function.

The chance of a person having manic depression given that one of their family member has it is 4 to 6 times higher than someone who doesn't have a family member with it. In identical twins, if one has it, there is a 70% chance that the other will have it.

Posted by Aman Sandilya at 5:46 PM