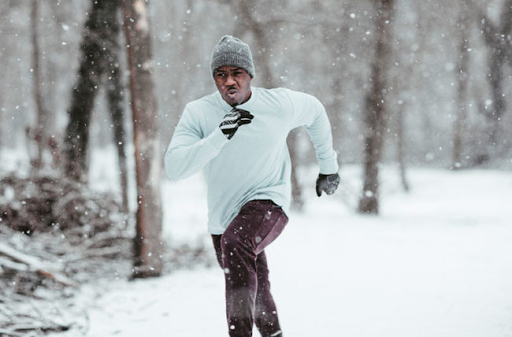 In an article published by the Karolinska Institutet (in Sweden), researchers were able to about one in five people don't have the alpha-actinin-3 protein in their muscle fibers. Individuals lacking this protein had a higher composition of slow-twitch muscle fibers. Note the there is a distinction between the different muscle fibers found in skeletal muscle tissues. As explained by Daniel Bubnis in the article, "Flexing Slow Twitch Muscle Fibers", slow-twitch muscle fibers and fast-twitch muscles differ mainly in the rate at which they use up energy and the length at which this energy is used for, as assumed by their names. The researchers in the study found individuals lacking the protein have a higher composition of slow-twitch fibers tolerated low temperatures due to its energy-efficient qualities. The alpha-actinin-3 protein is found in fast-twitch muscle fibers and lacking in close to 20% of the population due to a mutation in the gene. Scientists believe that this mutation may have occurred when humans began migrating to colder climates from places like Africa. While this protein influences many other processes, research has shown that people that lack the alpha-actinin-3 protein are better at staying warm under cold conditions.