The Genetic Potential of Mitochondria 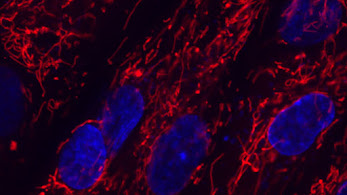 The mitochondria is the powerhouse of any living organism. It not only functions as an organelle that produces energy (ATP) but it also helps facilitate other functions within the cell to keep it alive. In a human the mitochondria is prone to mutations because it does not have the repair mechanisms that nuclear DNA possess. In the article ¨A bacterial toxin enables the first mitochondrial gene editor¨  researches had worked on how the mitochondria could be a potential and safe tool to solve for genetic diseases through gene editing that would normally use the technique of CRISPR/Cas9. CRISPR and Cas9 solve for a mutation by chemically changing DNA bases in the nuclei, normally by cutting into DNA before deleting any defective strands. Upon the discovery of how toxin released from Burkholderia cenocepacia attached itself to DNA and allowed for there to be a base change of C (cytosine) and T (thymine). It was vital to acknowledge that because the correction could be made on a double stranded DNA without breaking apart the DNA strand Cas9 was no longer needed. However, this method is dangerous to mammalian mitochondria because it uses bacteria as its prey to make the base corrections. The question remains, if it is dangerous to mammals whose mitochondrial DNA was tested? Is it possible to use CRISPR Cas9 to assist in mammalian mitochondrial bases editing?

Posted by Ashley Villavicencuo at 9:12 PM