How the African Turquoise Killifish Can Pause Aging 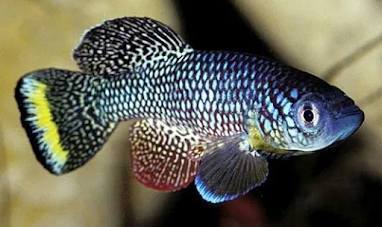 The African turquoise killifish is able to put its life on hold during embryonic development. This stage, called diapause, suspends all of the fish's activity, and puts the fish into a dormant state. The embryos put their cell growth and development on hold for up to two years, which is a long time compared to the normal killifish adult life span of four months. In a recent study, geneticists compared killifish embryos that had went through diapause with embryos who did not. They analyzed the genetic blueprint of the embryos and found that genes for cell proliferation and organ development were turned off during diapause, as well as other genes being turned on even more for the purpose of turning other genes on and off. A gene that especially stood out was the chromobox 7 gene, or CBX7 gene. They found that CBX7 repressed genes responsible for metabolism, but also turned on genes responsible for maintaining muscle and staying in the diapause state. The coordination of these genes is very complex, but extremely useful for the killifish who lives in such an arid climate. In my opinion, the discovery of the killifish genes that allow the fish to go into diapause and live in a dormant state could change the way humans look at aging. Understanding the genes that allow the fish to do this could help geneticists prolong the lifespan of humans, but could also possibly give insight into treatment for ageing-related diseases. I think that scientists should definitely expand on the African turquoise killifish's genome and genes involved in diapause, and see what else we can do with these genes to benefit humanity.