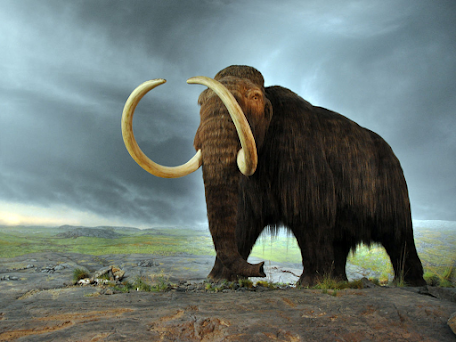 Scientists may be on the verge of cloning a woolly mammoth. Scientists have been making clones of animals so that they can study genes better. They only need a small amount of DNA to be able to replicate it and male a clone. Because the remains of mammoths are mostly found in permafrost, their remains consist of tusks, bones, flesh and even hair. Because these creatures are so well-preserved scientists are hoping to find living cells which they would need to clone a mammoth. Because the cloning mission is not going well, scientists are hoping to make a mammoth/elephant hybrid by splicing their genes together. Scientists are hoping that by bringing back the mammoth that they will graze on the artic tundra, exposing the cold ground underneath, therefore cooling down the earth. I think that this would be a very cool way to tackle the climate change problem. If bringing back a prehistoric animal would solve climate change it would help the environment and also provide the opportunity to study prehistoric animals.

Posted by AveryRounsaville at 5:59 PM