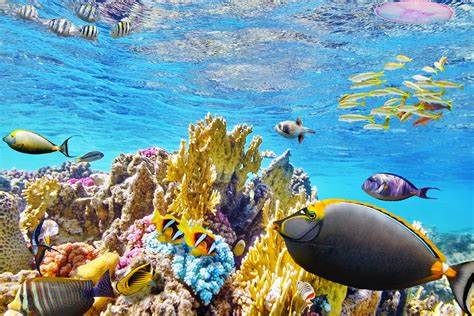 Global warming, pollution, and human activities are all causes for the ocean water temperatures rising. This ultimately leads to the death of coral reefs. A study from Columbia University provides evidence that genetic sequencing can reveal evolutionary differences in reef-building corals. This could help scientists identify which strains could adapt to warmer seas. This provides a window into the genetic process that allows some corals to resist dramatic climate shifts. Using genomics can help identify which corals have the capacity to lice at higher temperatures and reveal genetic variants associated with climate resilience.
Mass bleaching of reefs first occurred in the late 1990's when high water temperature destroyed the symbiotic relation with colorful algae, causing corals to turn white. Reefs can recover from this, but prolonged periods of environmental stress can ultimately kill them. Genetic differences could influence survival and bleaching tolerance. In a study, 237 samples were collected at 12 locations in the Great Barrier Reef. This generated the highest quality sequences. This sequencing allowed researchers to look across the genome for signatures where adaptation occurred and to find genetically distinct variations associated with bleaching tolerance. No gene was responsible for response to bleaching, but many genetic variants influence the trait.